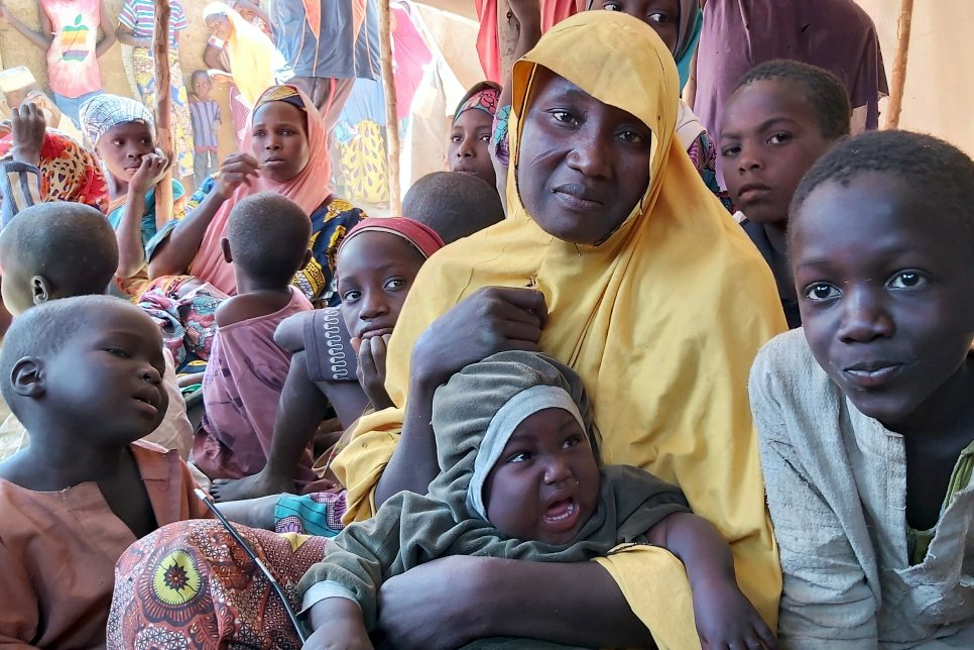 A grim jihadist conflict has ground on for more than a decade in Nigeria’s remote northeast, killing at least 35,000 people, making millions more homeless, and triggering one of the world’s worst humanitarian crises.

The increase in humanitarian risks and the presence of radical islamist movements in West Africa has become a threat to the citizens of many African countries. When we talk about islamists, we specifically mention the terrorist groups affiliated with Boko Haram that are active in the continent.

People in Borno State, the epicentre of insurgency, live in the shadow of constant violence, almost everyone was affected by it: from the death of relatives and friends, To the psychological burden, and souls weakened by the 12 years of war.

According to the latest reports, due to Boko Haram violations more than 41,800 displaced people have fled from the Bakassi camp (camp for internally displaced persons).

After this exodus, almost nothing remains in the Bakassi camp for the displaced persons, this large camp located at the exit of the large city of Maiduguri, the capital of Borno State, in northeastern Nigeria, that sheltered a few weeks ago, more than 41,800 displaced people, Basically empty now.

For seven years, dozens of communities fleeing the abuses of Boko Haram, the displaced took the shelter as a home away from terrorist groups, but on November 19, the displaced people of Bakassi were awakened in the middle of the night, by an official delegation, who informed them that they had to leave the place due to the security situation.

After Boko Haram was eventually pushed out of the city with the emergence of a neighbourhood-based vigilante movement. The focus of the violence shifted to the countryside areas, With the terrorists taking over the entire regions, killing and abducting anyone they declared as “infidel”, and destroying the rural economy in the process. The militant group have also been accused of extrajudicial killings and mass detentions.

Until today the Nigeria’s militant Islamist group Boko Haram is fighting to overthrow the government, and still carrying out assassinations and large-scale acts of violence in the country.

The current response of the Nigerian government and especially the international community has proved to be inefficient. Even though Nigeria has the largest US International Military-Education and Training program in Sub-Saharan Africa, the results are far from impressive.

Since 2017, U.S. security assistance to Nigeria has totaled approximately $650 million, in addition to $500 million in Foreign Military Sales. Despite these donations, Global Rights describes Nigeria’s threshold of violence as “very high”. The Global Terrorism Index (GTI) covering events in 2019/2020 ranked Nigeria in 3rd place (same ranking as in the previous year), according to number of deaths from terrorist attacks, and the numbers are still rising.

The question arises, why is the help of international partners so unavailing. Those trying to help Nigeria out of the longstanding cycle of violence must take into account the specific nature of the ongoing conflict and take a more comprehensive approach to the solution-finding process. The situation is very unstable and threatens to spread out to other countries, endangering the whole continent.