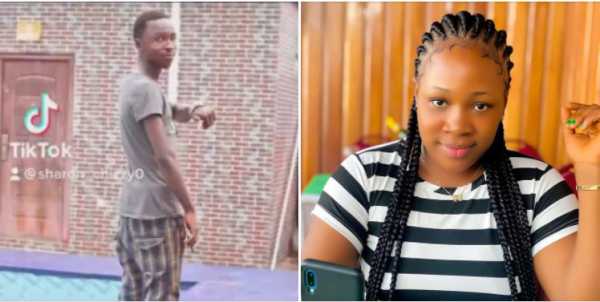 Chizoba Nwokoye, a Nollywood actress, has continues to scream in despair as she posts a video of her Personal Assistant who absconded after stealing from her.

The PA was said to have emptied her bank accounts after stealing her bank cards, phones, and other personal stuffs.

READ ALSO: Actress Chizoba Nwokoye accuses her PA of withdrawing all the money in her bank account, stealing her car & taking over her monetized YouTube account

Before he went to heels with the things, the actress said she was on a movie set with the young man.

Unfortunately, the actress paid social media channels were also shut out by the the former PA.

During the sad occurrence, a video of the suspect dancing to one of Naira Marley’s songs surfaced, eliciting varied reactions from netizens. 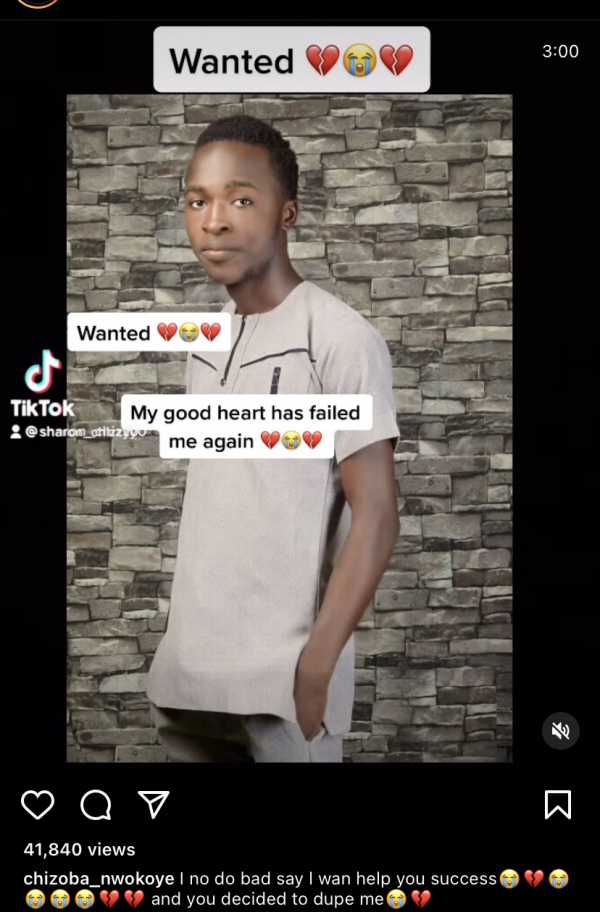