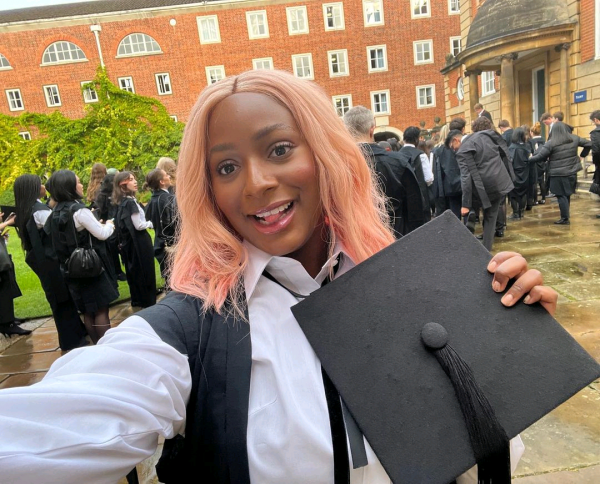 Florence Otedola, better known as DJ Cuppy, a popular Disc Jockey and vocalist, has stated her discontent with her workload as an Oxford University graduate student.

The billionaire’s daughter, who is in her second Master’s program at Oxford, had been updating her fans on an article she was working on

READ ALSO: How Do I Stop Myself From Being Distracted, DJ Cuppy Ask Her Fans

Cuppy bemoaned the fact that she had to stay up all night in order to meet her deadline.

In the early hours of Saturday morning, the DJ revealed on her Instagram account that she had finished her essay.

Cuppy claimed she had never been so emotionally and physically weary in her life. 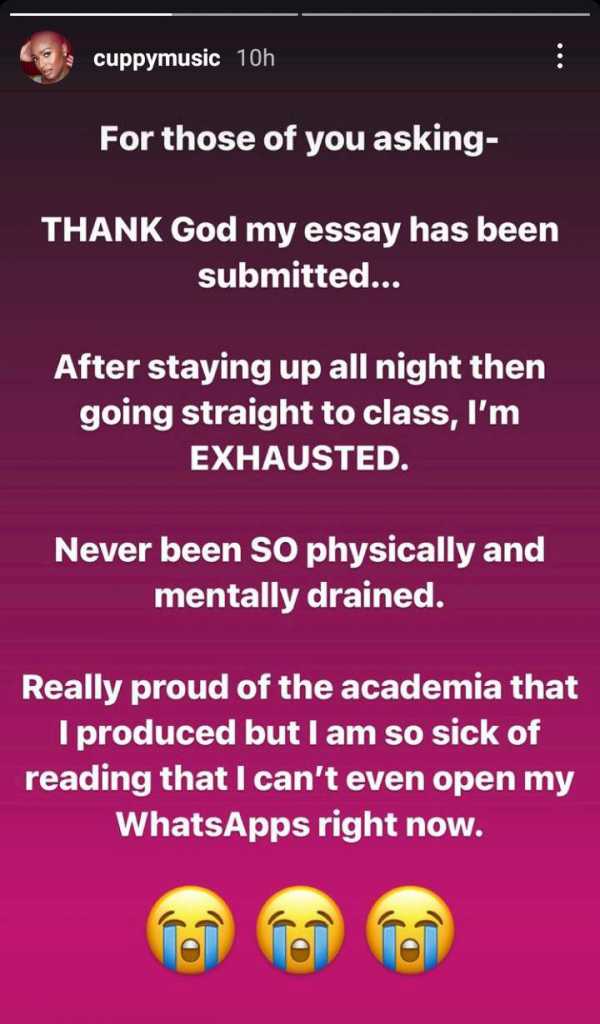 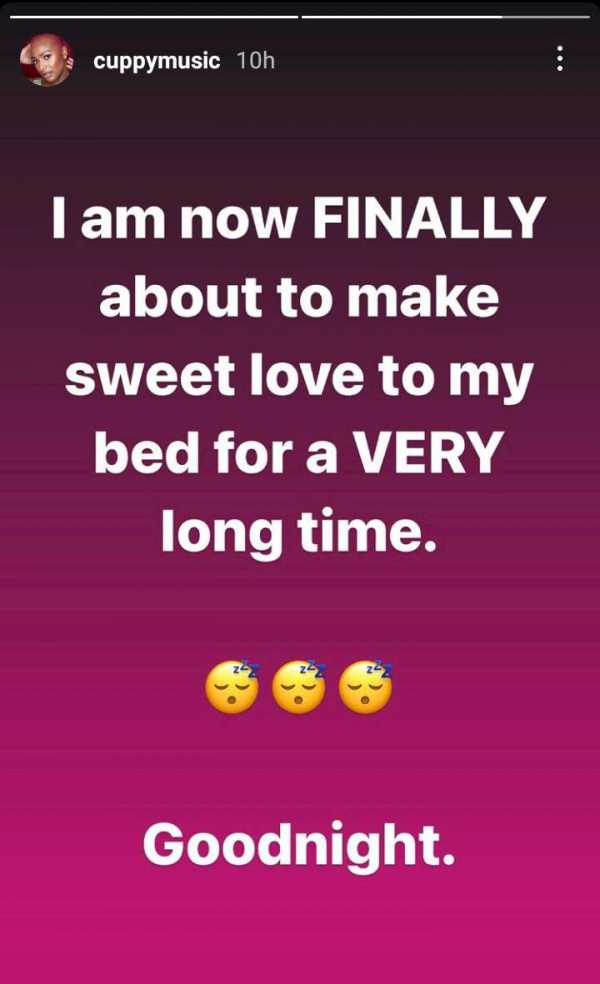