The drama began when Kiddwaya made a Snapchat post claiming that he had won several housemates in a particular game in the house.

Dorathy reacted to this by writing: “Casually going through Snapchat and I saw @RealKiddWaya post a snap saying he had so many victims in a particular game in the house. I’ve come here to drag you with my full chest. What victims?”

Kiddwaya retaliated as well, claiming that he made her homeless during the show: “Biggie look into your archives and pull up the video of where I rendered @Thedorathybach homeless. 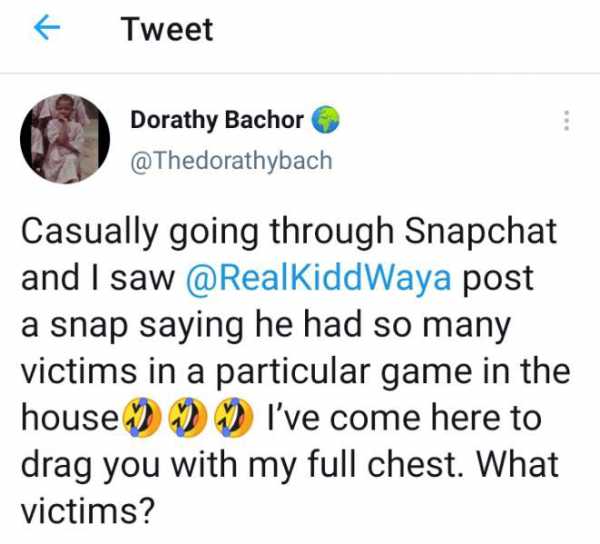 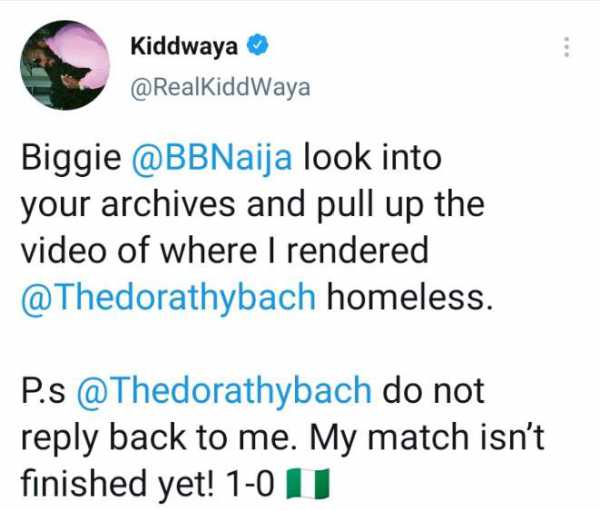 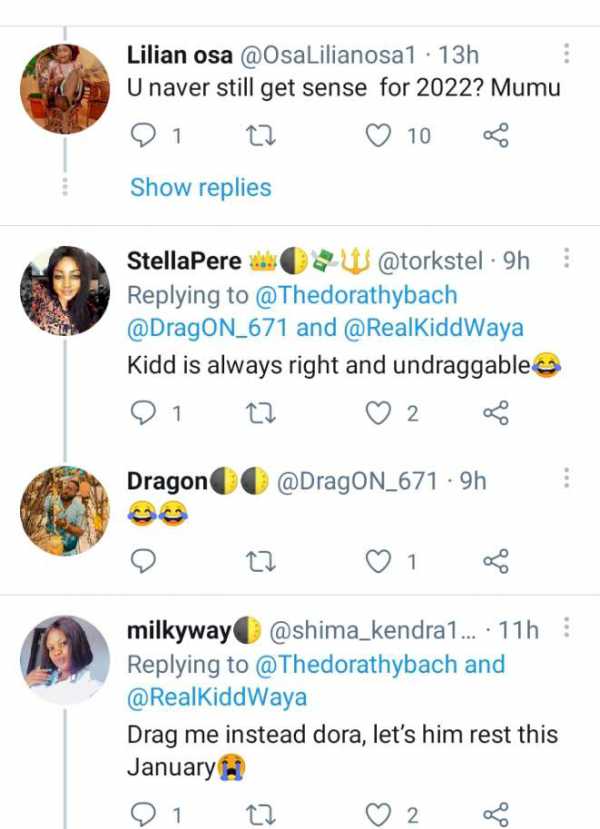