A Nigerian businessman, Obinna Orgazi, is of the opinion that funerals shouldn’t be held during the Christmas season. 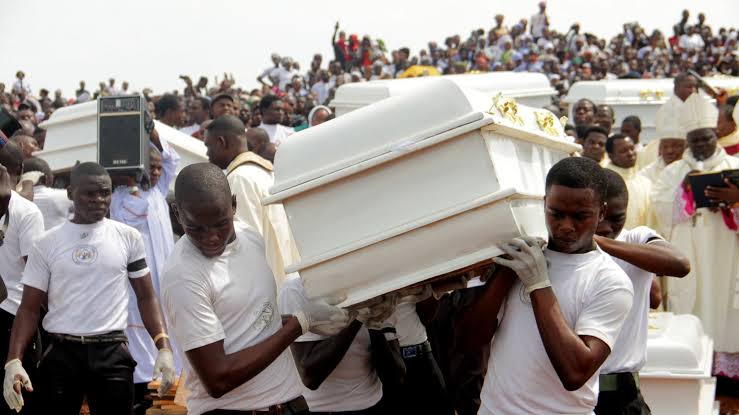 Taking to his Facebook pagr, Obinna opined that funerals should be done on or before December 23rd and after January 10th.

”Who else spent their season attending funerals?

We must not accept as normal the recent trend, where funerals take over our Christmas and new year celebrations. Every other day, you have to choose between attending a friend’s marriage ceremony, and attending a Funeral.

Things could be different, and they should. Burial ceremonies should be held by the 23rd day of December or after the 10th of January, when the merriments and joyous celebrations are over. The religious and community leaders should look into this matter before another Christmas season gets ruined.

This is my opinion but I am not alone. Join the conversation!” he wrote 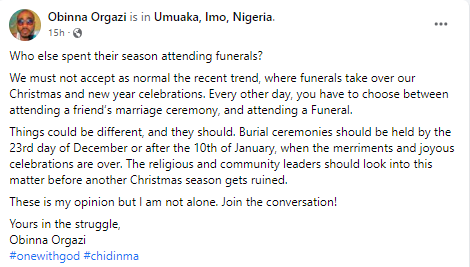