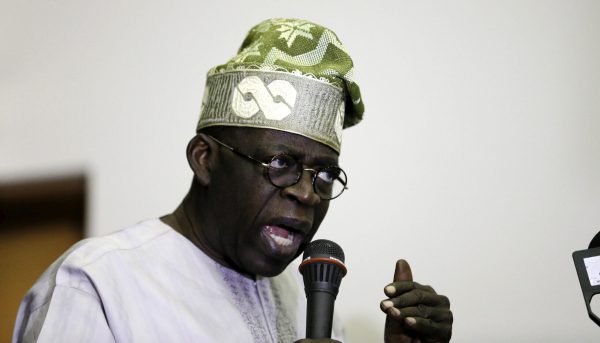 National Chairman of the All Progressives Congress, APC, Bola Tinubu has opened up on how he made his first million.

Many had questioned the source of his wealth, as many urged the APC national leader to disclose it.

In a throwback interview with TheNews Magazine on March 29, 2016, Bola Tinubu had revealed how he made his first million. He said;

“At Deloitte and Touche, I chose to travel more than 80 per cent of my working years there. And that is because if a staff chose to travel, he would make more money because he would get travel allowances,”

Mr. Tinubu said he was sent on an assignment to help set up an accounting and auditing system for a joint venture between National Oil and Aramco in Saudi Arabia but by the time he returned to the United States, he discovered that his account had been credited in millions.

“We had gone there to set up their accounting and auditing system. It was while on that service that I got my financial break. When I returned to the United States, my employers gave me a huge bonus, which instantly turned me into a millionaire.

“The bonus was $850,000, before taxes. My salaries were also being paid into the bank and I was not touching them. At the time, my salary deposits in the bank had risen to about $1.8 million.”