It is now clear that the drama between Nollywood star, Olayode Juliana, and her former pastor, Timi Adigun, has entered another level as the actress accused him of abusing her sister sexually. 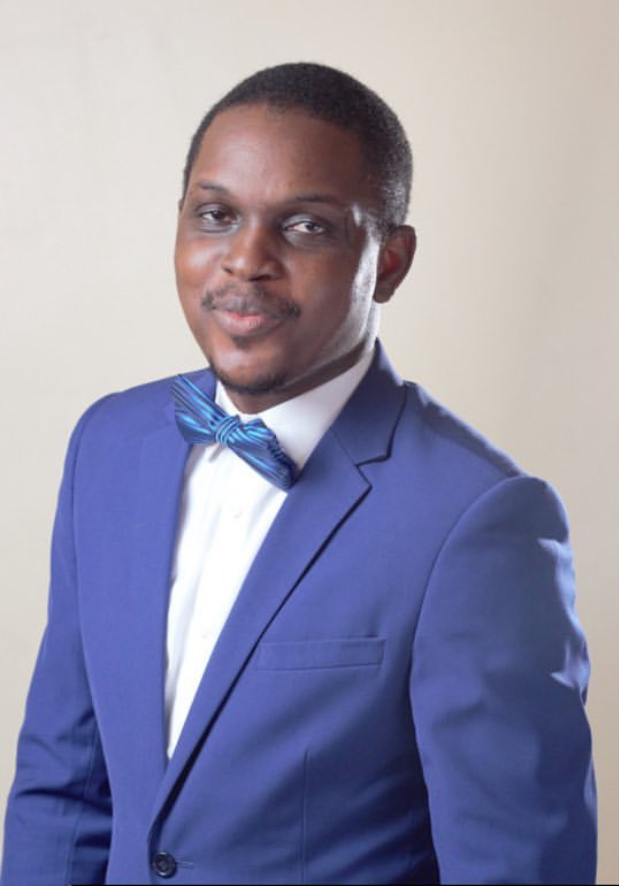 Olayode had on Tuesday called out Adigun, who was her ‘spiritual’ father and manager, for taking control of her Facebook and other social media accounts.

During their exchange of words on social media, the actress on Wednesday revealed that the pastor molested her sister. 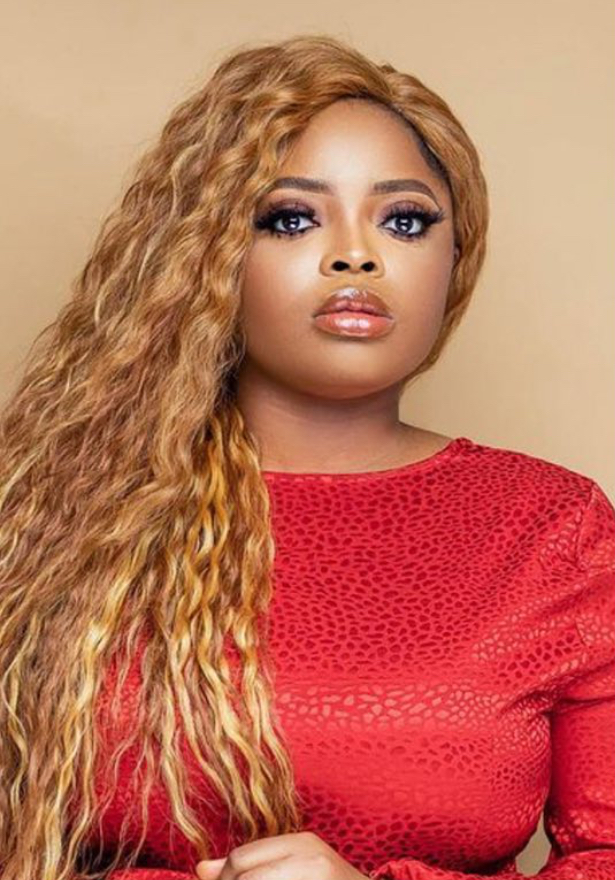 She wrote, “Did you listen to yourself at all? I don’t think you did. You manipulated and sexually abused my sister and you thought I would be calm. You expect me not to be furious. How are you processing the things you did and the things you said? How? I don’t get you.

“You talk about apology and forgiveness. Forgiving you is a process for me. I forgave you then, for my sanity, just when I am trying to move on. You do something else that triggers me and I get mad at you again and I beg God to help me forgive you again.

“The hurt is really deep, the pain, the trauma, the disappointment, the sleepless nights, the tears that drenched my pillow, the shock, the entire experience is indescribable.”

In response, Adigun said on his Instagram story, “For those concerned for me and asking me to stop responding, if I was brought before a court, I would have to talk or my lawyer would talk.

“I have been brought before a social media jury. I have to speak the truth but it is still up to individuals to choose what to believe.

“When you know you have told the truth, there is no more fear. I NEVER sexually abused anyone! I have facts, figures and dates. What I was guilty of, I owned up to and apologised for. The next I want to see is a subpoena.

“I will continue on social media and continue building my businesses and ministry. This is a distraction I have no time for. I will not be posting on this again.” 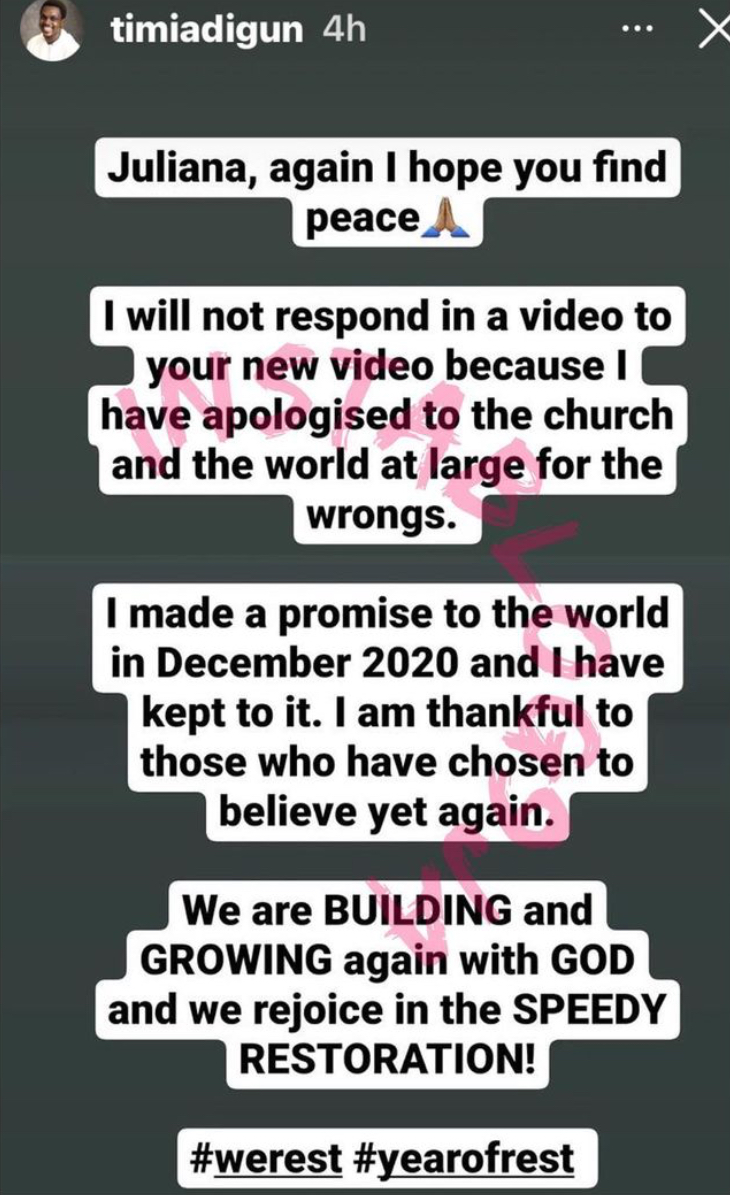 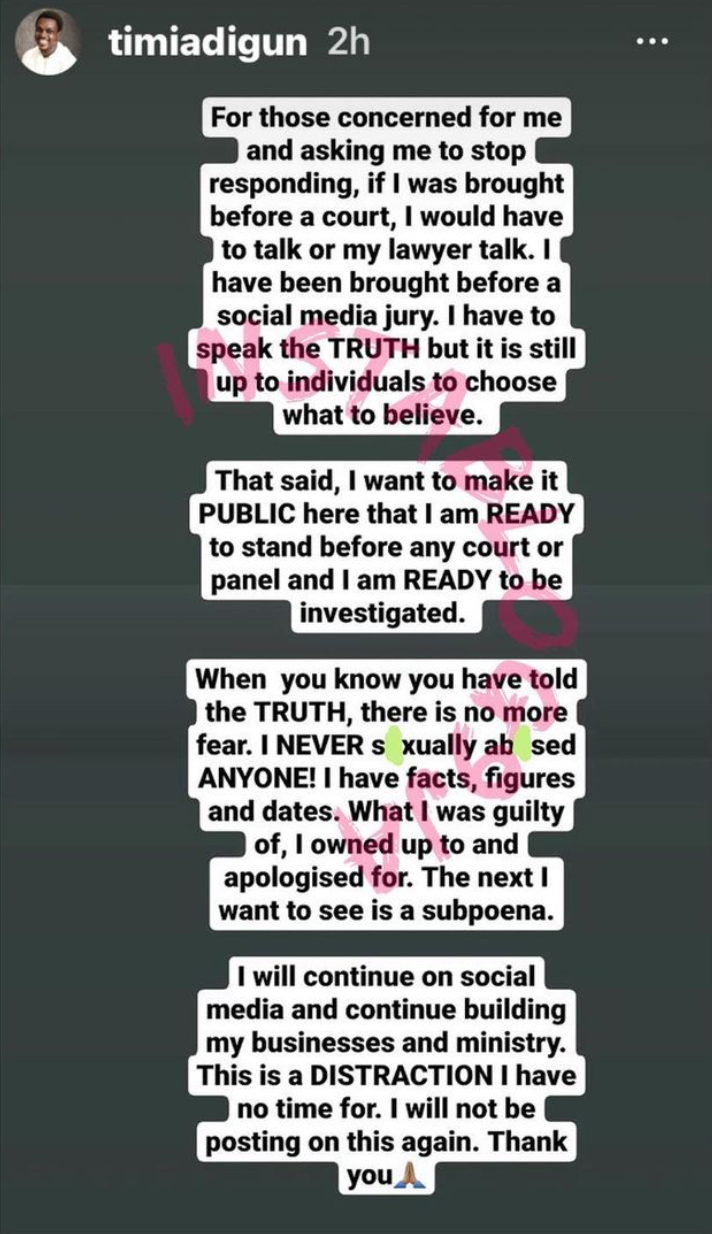