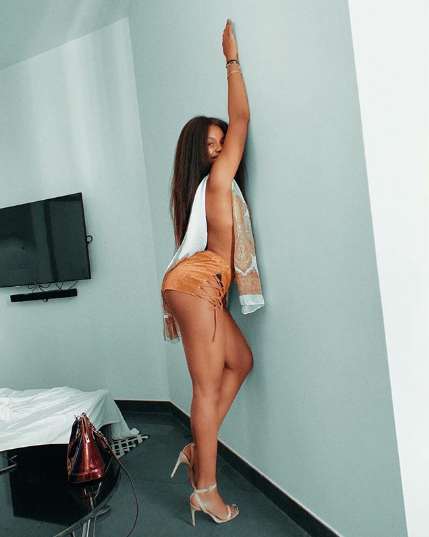 Jane Mena took to Instagram to flaunt her little breasts while laughing about the rumor that she had a sex tape with Prince Kpokpogri.

Following her breakup with Prince Kpokpogri last year, Tonto Dikeh claimed to have sex tapes of a number of women, including dancer Jane Mena.

This sparked an online spat between Tonto and Jane, with the actress insisting there is a tape and threatening to reveal it to the court, while the dancer stated she and Kpokpogri had nothing sexual in common.

Jane has now released a video in which she is seen without a bra, exposing her small breasts.