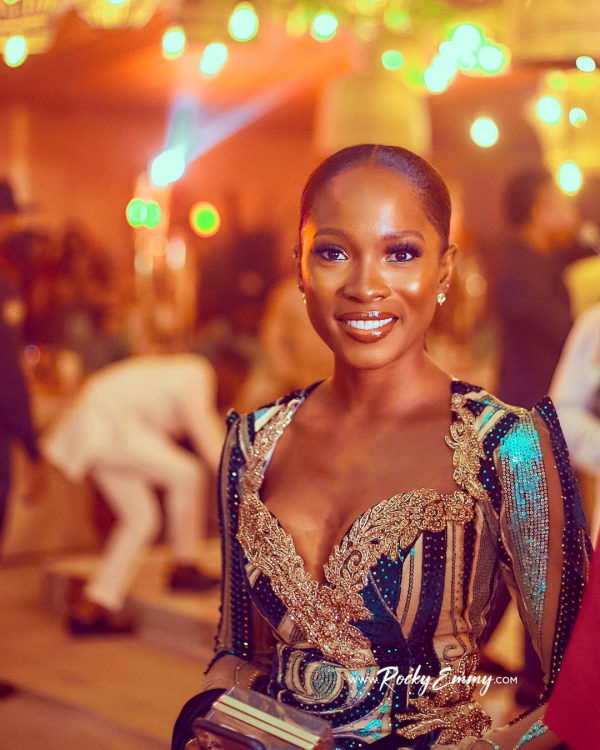 Jemima Osunde has slammed a fan who chastised her for admitting to enjoying Korena Drama.

Even though she is a Nollywood actor, the actress stated that she enjoys K drama, prompting a fan to comment that it is pointless for Nigerians to watch Nigerian films if the Nigerian actors themselves prefer K drama.

READ ALSO: There Is Too Much Pressure On TV People – Jemima Osunde

Jemima retorted, saying he wasn’t very bright. She warned him that if he doesn’t block her, she’ll keep coming back to tell him how wrong his thinking is. 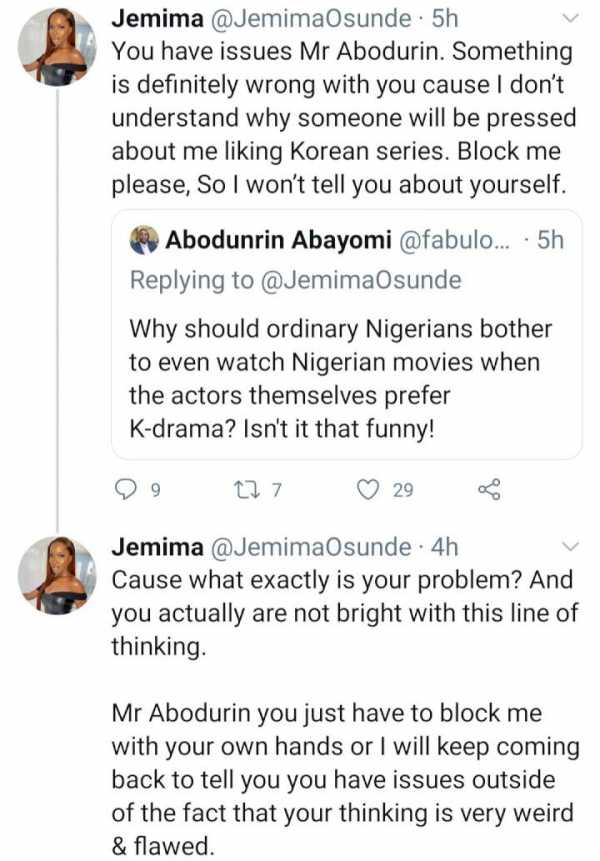