A man took to social media to narrate how he spent ten years in jail after his wife faked her death during an altercation. 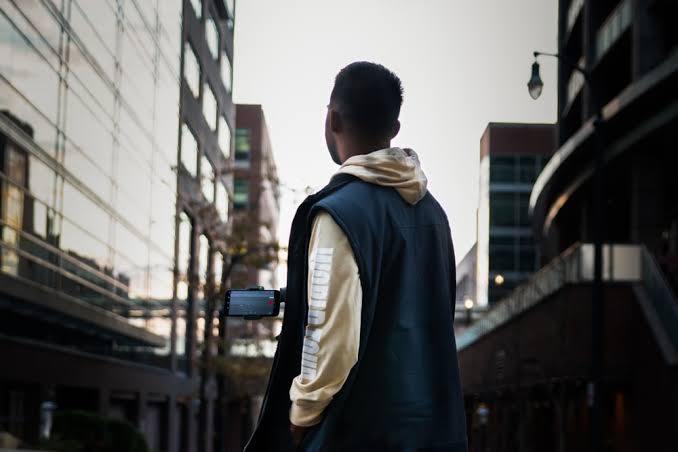 According to him, he was sentenced to ten years in prison after his wife allegedly slumped during a fight they had in their living room.

Sadly, after spending 10 years in jail, he came out to hear that his wife was alive and living with another man in the same city, Lagos.

Read his story below:

“In 2009, I was arrested and detained for killing my wife after she slumped and died when I pushed her to the floor during a subtle clash we had in our living room after I some immoral chats she had with her university boyfriend back then in school.

I escaped death by hanging as I was sentenced to 10 years in prison by a court in Abuja. Every second in the cell, I cried woefully and regretted my actions.

Few weeks ago, I was set free after serving my time in jail and I went to lodge with some of my friends in Ikoyi who told me about the rumour that was spreading that my dead wife is alive and living with another man in this same Lagos.

I couldn’t believe it until I and my friends did some investigations then we traced her to Ipaja Lagos where I saw my allegedly dead wife happy and smiling with another man in a moving car entering a compound.” 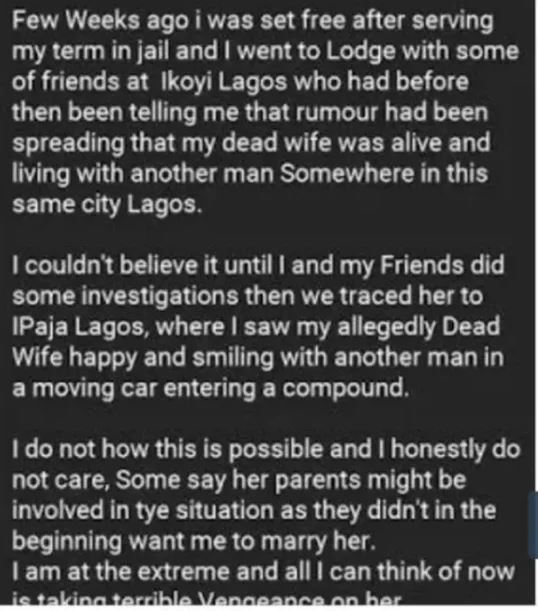 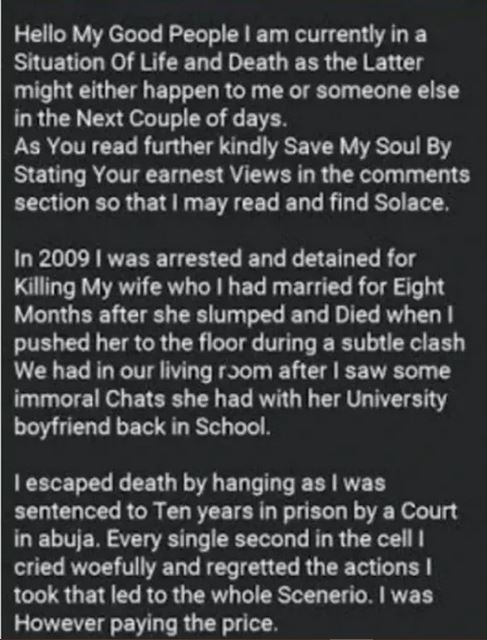