Members of the Deeper Life Church has called out the general overseer, Williams Kumuyi for trying to lead the members astray. 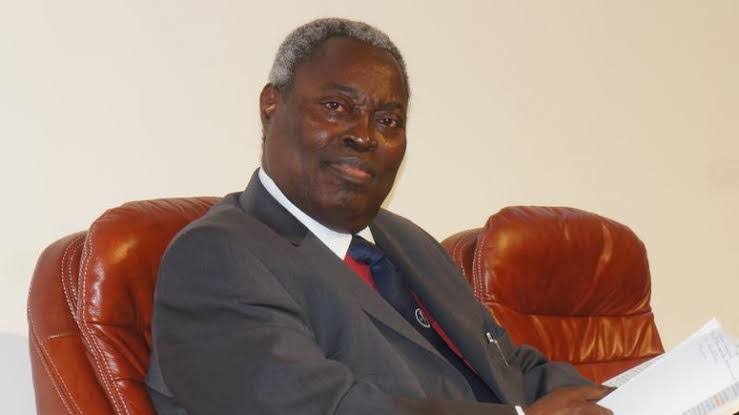 The members stated that the Pastor should stop the introduction of unconventional music into the church because can pollute the already righteous standard that has been set over time.

He further stated that inviting people Nathaniel Bassey, Don Meon and others to perform in the church is wrong because the way their back up singers, band players and the people that surround them dress is very wrong.

The fact that they wear earrings, trousers, dye their hair different colors is against the preaching of the church. The member who identified himself as Dele Banjo pointed out that Pastor Kumuyi is their spiritual leaders but these steps that he is taking now is wrong. He wrote a really long letter on social media addressing the general overseer.

Read the letter below; 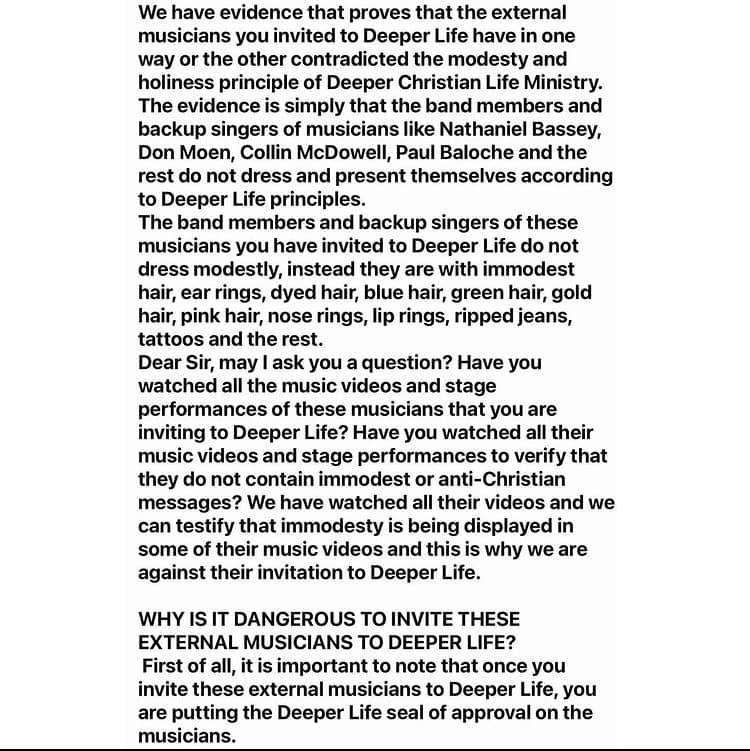 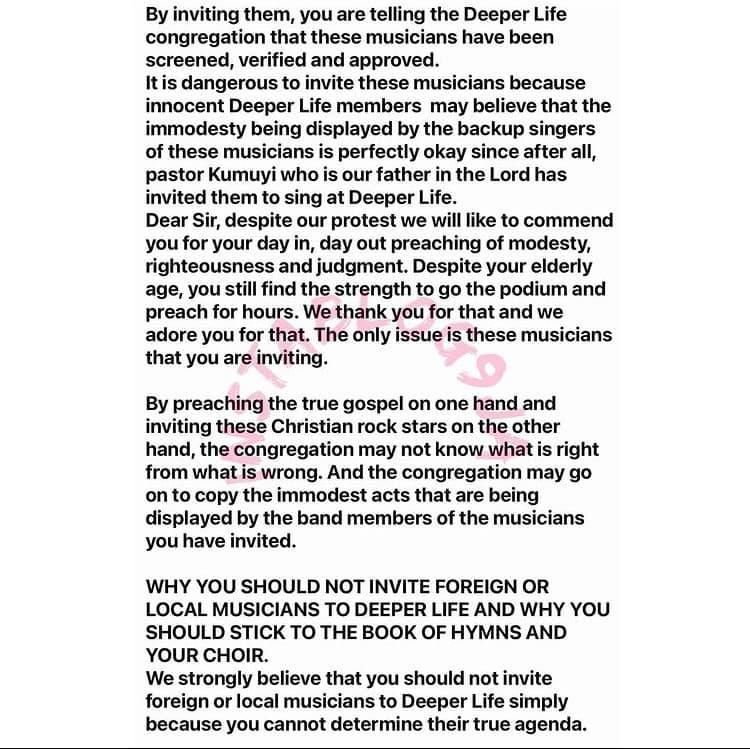 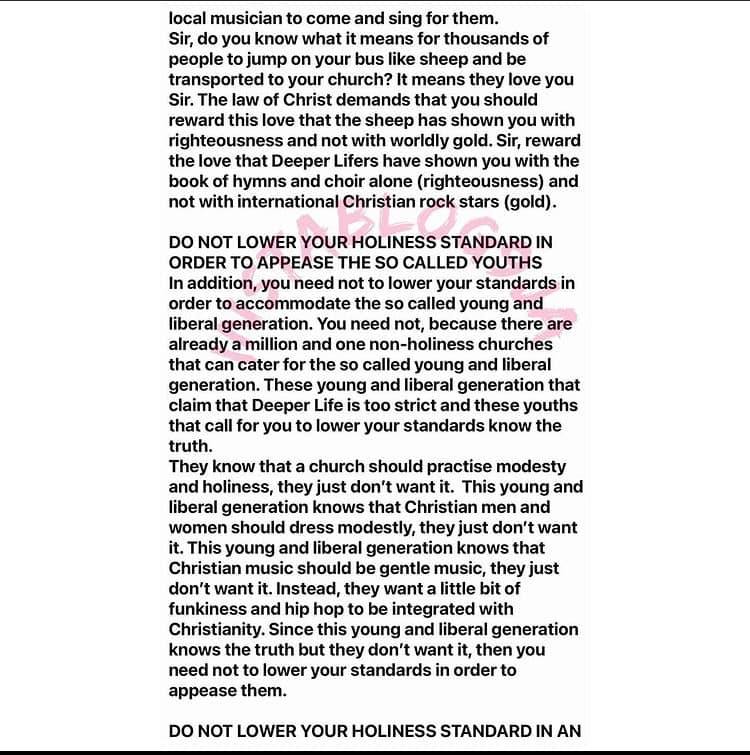 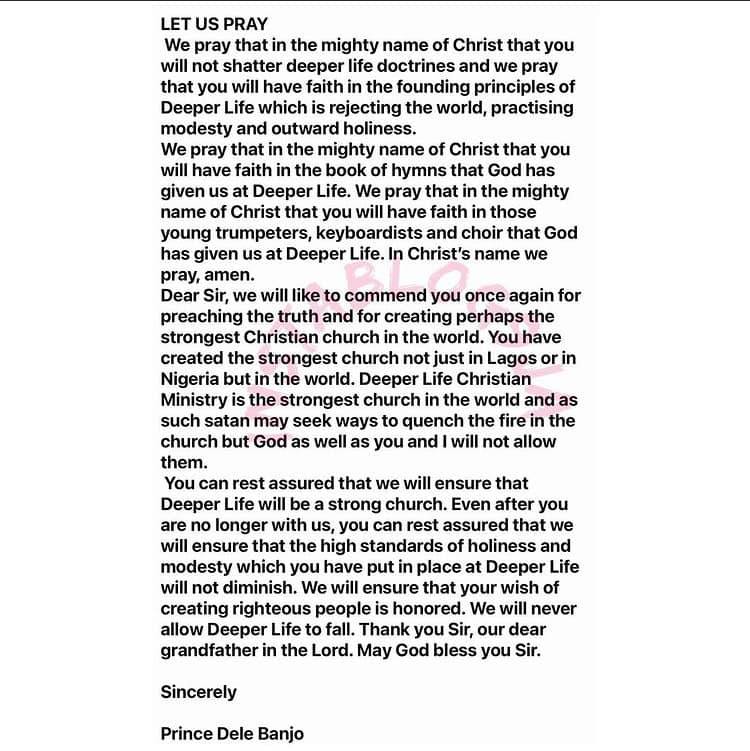