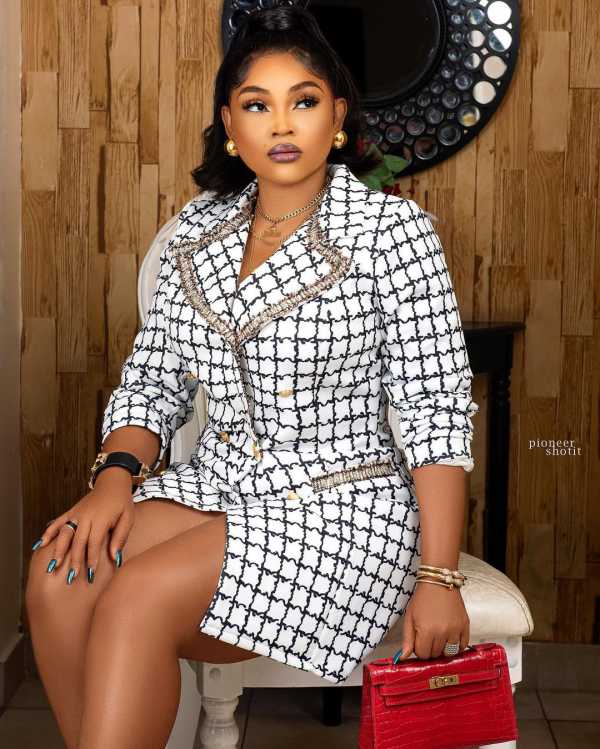 Mercy Aigbe, a Nollywood actress, has reacted to online accusations that her mother also snatched another woman’s husband.

The actress’s mother was allegedly well-known in the Anthony region of Lagos State, where she allegedly snatched someone’s spouse, according to a series of conversations provided by Instagram blogger Gistlovers.

Her mom allegedly killed the father after disclosing their son did not belong to him, and he died of shock, according to the chat.

Mercy, in response to the post, claimed she is unmoved or upset by all the name-calling, bashing, and everything because people do not know the reality or the accurate image of her new marriage’s circumstances.

People can call Mercy Aigbe any name they want, but they should keep her mother and children out of the current marriage drama, she added. 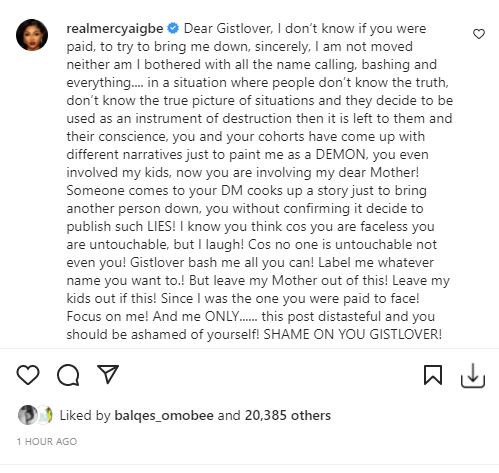