Richie Rich, son of Instagram celebrity Mompha who is facing series of court cases bordering on money laundering in Nigeira, has been featured on UK’s The Sun. 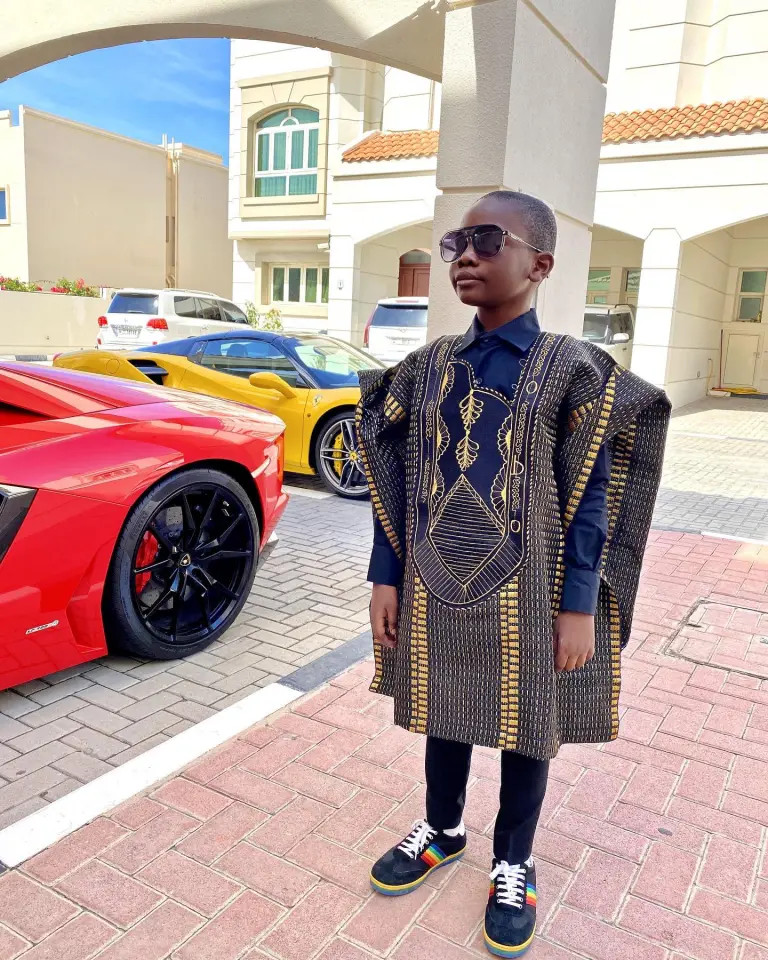 Richie Rich was described as the “world’s youngest billionaire” who owned his first mansion at the age of 6 and “travels the globe by private jet.” 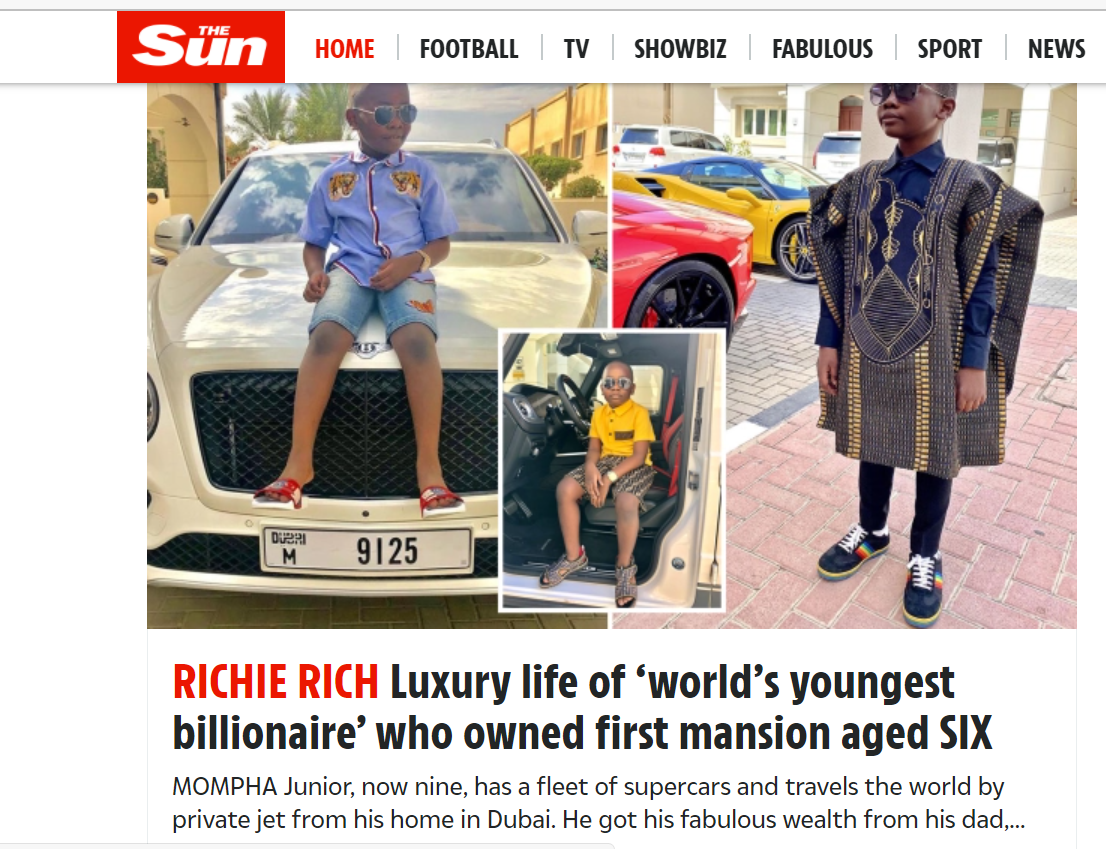 The pint-sized pre-teen influencer – real name Muhammed Awal Mustapha – shows off his blingtastic lifestyle to his 25,000 followers on Instagram.

One post shows him on the bonnet of a cream Bentley Flying Spur which he said his dad bought for him as his first car.

In another he poses in front of a red Lamborghini Aventador dressed head to toe in designer clothes. He captioned the post: “Happy birthday to me.”

More flashy motors including a yellow Ferrari can be seen parked outside one of his sprawling luxury homes in Dubai.

Muhammed is the son of multimillionaire Nigerian internet celebrity Ismailia Mustapha, who goes by the name Mompha.

Mompha senior has tastes just as expensive as his son, and is known for his extravagant spending and A-lister lifestyle.

He shuttles between his homes in Lagos and the UAE and shares pictures with over a million Instagram followers.

Pics show him holding wads of banknotes, staying at seven-star hotels and driving in hypercars.

He bought Mompha Jr his first mansion for his sixth birthday in 2019.

He reportedly wrote at the time: “Owning your own home is one of the best feelings ever. It can’t be described in words, it can’t be quantified in money.

“Home ownership is a feeling that makes life’s daily grind worth facing. It reassures you that after all the ups and downs you have a place to go to…. A place that will never judge you and always invite you with open arms…

“Congrats My Son on your New Home. Ur birthday Gift from Daddy.”

The proud dad also claimed Mompha Jr’s achievements should be celebrated in their own right.

He said on Insta: “The youngest landlord who wears Gucci and still owns a house.

“He deserves some accolades cos he has paid his dues in full.” 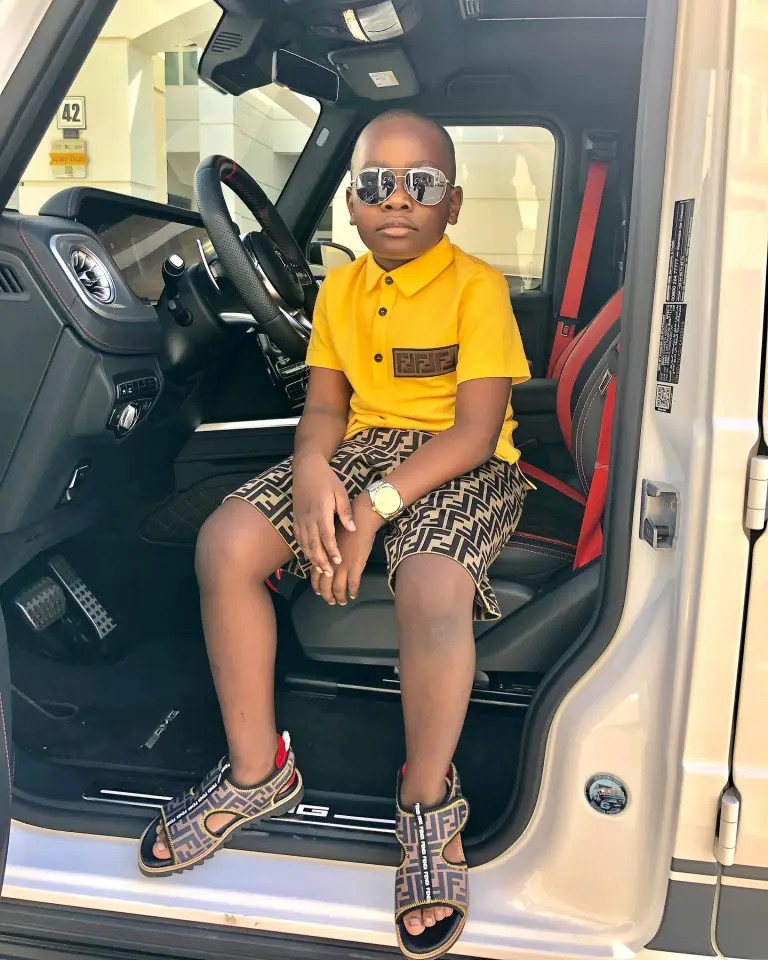 Mompha is said to have made his fortune from a bureau de change business in Lagos before moving into investments.

But he is now facing criminal charges accused of laundering more than £10million.

Earlier this month, a court heard claims by Nigeria’s anti-corruption agency that Mompha hid his wealth in luxury watches and other “movable assets”.

He was remanded in custody to await trial, and then released on £350,000 bail, according to local reports.

Nigeria has embraced conspicuous consumption with its own generation of Rich Kids of Instagram flaunting their private jets and jewels. 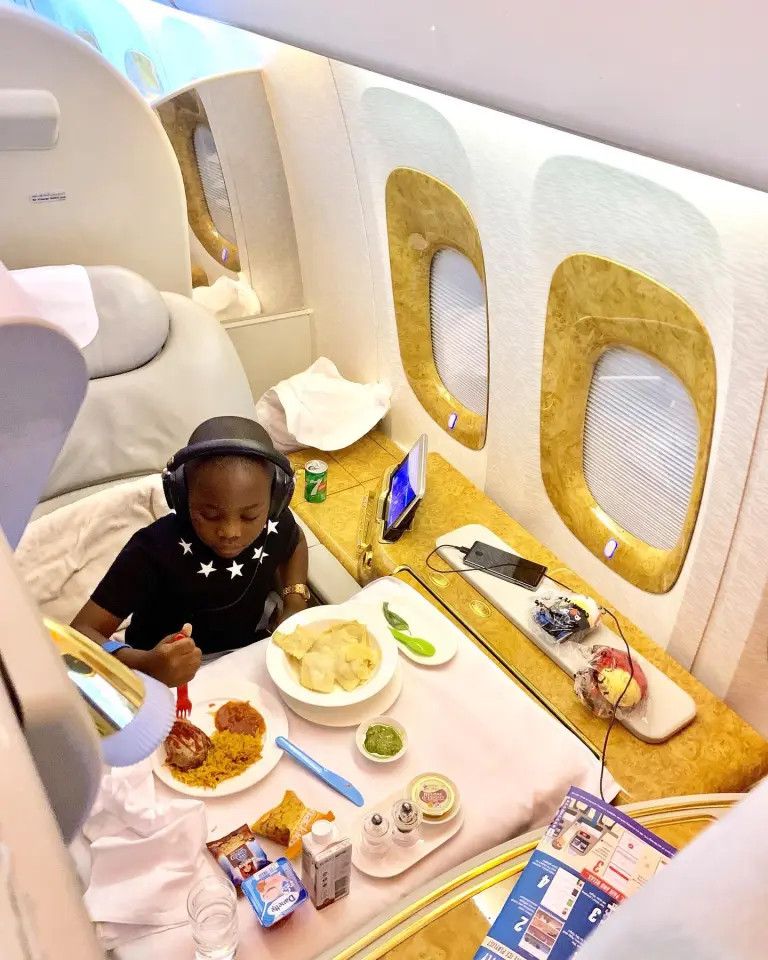