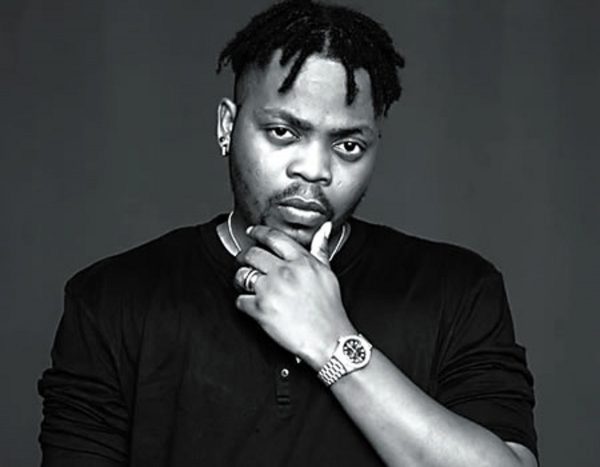 Olamide Adedeji, popularly known as Olamide, is a popular, award-winning rapper and song writer who has received backlash from followers after responding to a fan who asked for a car to start a bolt business.

The fan begged the rapper for money to start his daring business, which is a popular cab business, in a comment under the YBNL boss’s post.

READ ALSO: “I Break Hearts For A Living” – Rapper Olamide

The rapper, visibly angry by the remark, asked the fan if he had given him any money to keep for him, before closing with a remark that many see as a dig at the fan’s mother.

Olamide’s response has sparked a wide range of emotions from admirers on Twitter. Here are some of the responses that have been gathered. 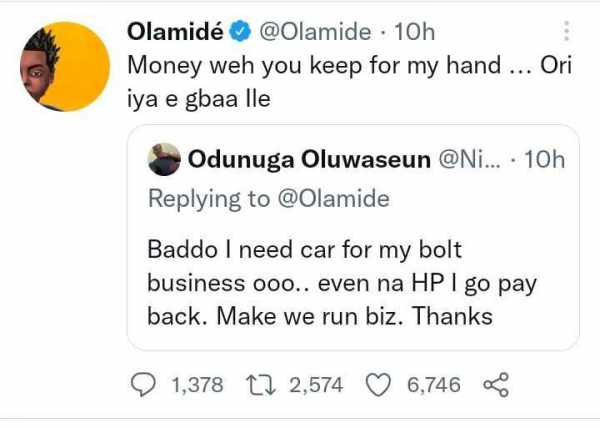 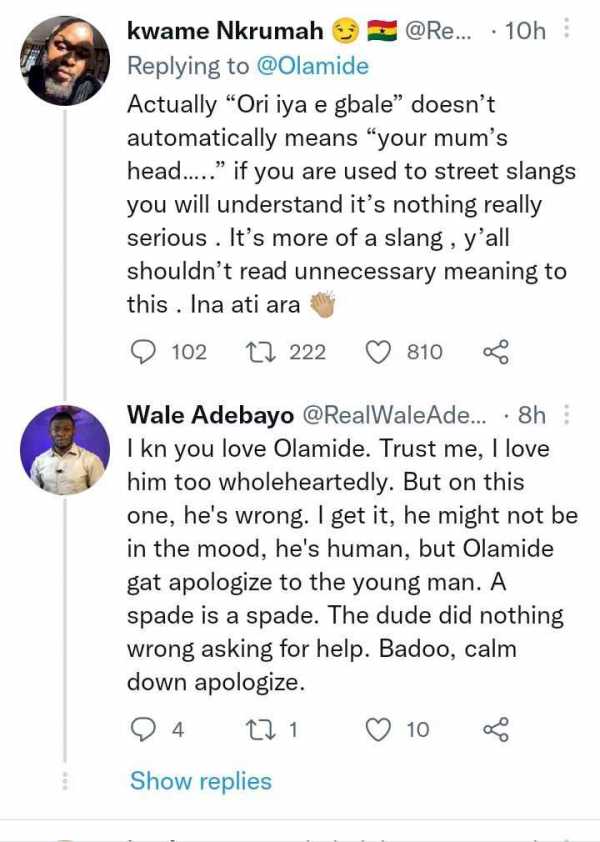 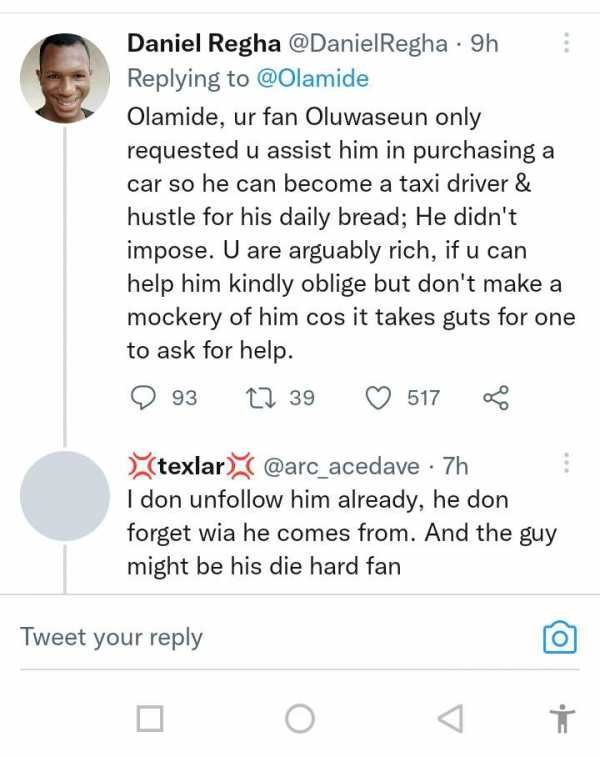