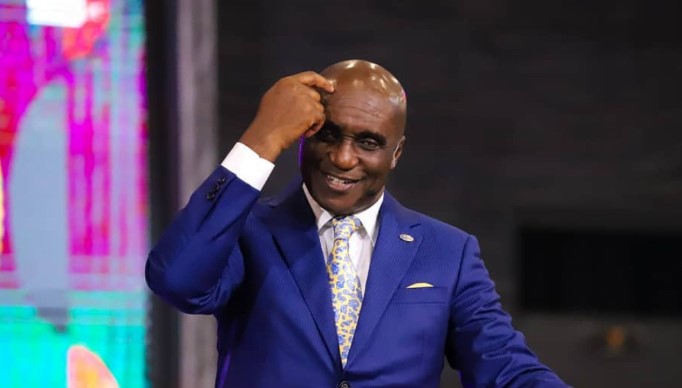 Pastor David Ibiyeomie of Salvation Ministries has revealed the kind of person God has anointed to become President of Nigeria in 2023.

According to him, only a man or woman who has the fear of God will contest and win in the forthcoming 2023 general elections.

He said only religious politicians who have the fear of God will emerge winners of various political positions.

Speaking during a church program, the cleric said the next political era would be controlled by people with good hearts, saying “the time for the wicked to rule is over”.

He charged Christians not to abandon politics for the wicked, saying they are also capable of contesting and winning political offices in the country.

“So, why will your brother be a Governor and you cannot, does he have two heads. Today is for restoration. Mark my word, I am a man of God, no sinner will climb the office again. The time for the wicked to rule is over.

“No wicked man will sit on any seat anymore. It is time for the righteous to rule, men that will fear God, men that will take the nation to where it should be, this is what will happen from now.

“Funny kinds of people, you know why I am saying so? Most times they are in Church. I will tell you something why you people in Church need to be careful. A man was worshipping in this Church and I prayed for him to get his party’s ticket to be a Governor.

“I won’t call his name and another man was somewhere else and he came to me with his hot drink. He said Pastor, I know you don’t like me but I know you’re a man of God, please I want to be the Governor.

“I gave him an appointment for Wednesday to come for prayers, two times he refused to come. He was a member of the Church, he just felt like well, your prayer can’t work”.