Music producer, Solomon Oyeniyi a.k.a Ksolo has slammed Christians criticizing Sammie Okposo when on Tuesday he tendered a public apology to his wife, Ozioma, and his fans after he confessed to cheating on his her. 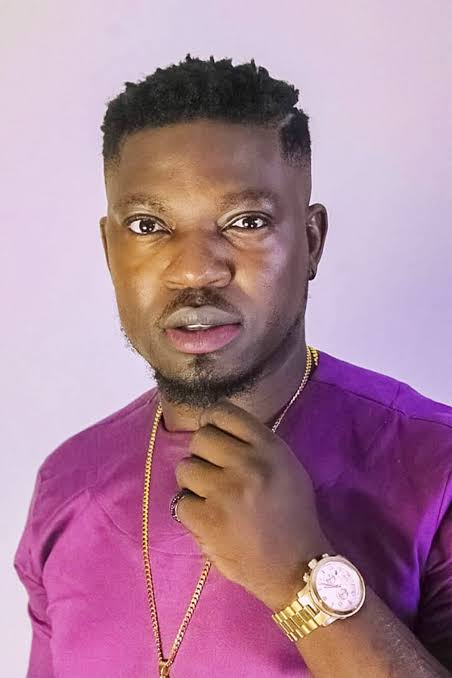 The Wellu Wellu master, as he is fondly called, took to his Instagram account to reveal that when he travelled to the United States, he was involved in an intimate relationship with another woman.

His confession has elicited different reactions with some Christians condemning him for not upholding the Christian virtues he sang about. 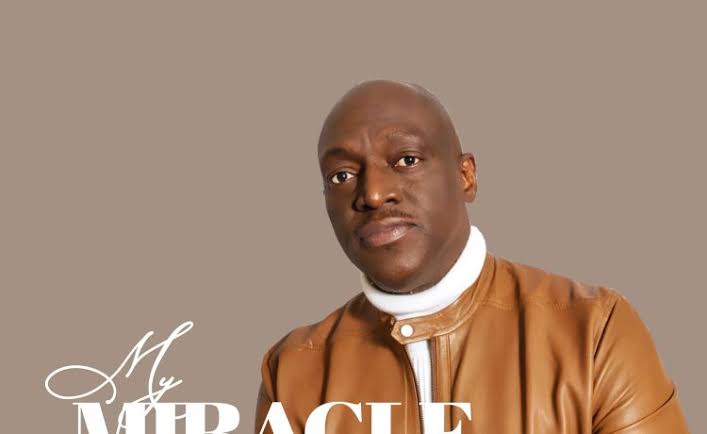 Reacting to those throwing jabs at the ‘Addicted’ singer, Ksolo wrote on Twitter:

“All this fake Christian’s very soon you will mix sniper and ask him to drink. Deputy Jesus everywhere because he came out?? What about you Bishops, Apostles that have slept with our wives and spouses, then come out to deny?

Now this one wants healing for his home regardless of his stupidity. More Single Women Building an Empire to Accommodate More broken homes. Sad as UNA WAN KILL AM ABI? SAMMY OKPOSO, SECULAR MUSICIANS ARE WAITING FOR YOU IF THE GOSPEL CIRCLE DONT WANT YOU AGAIN.

You werey still converge under the fornication anointing. You fight dirty to keep your fornicating pastors. Fuvk all of Y’all Thank God Mercy is not a Pastor so we are Fine. You don’t need to agree with me .But we are all thieves, na who dem catch be barawo”. 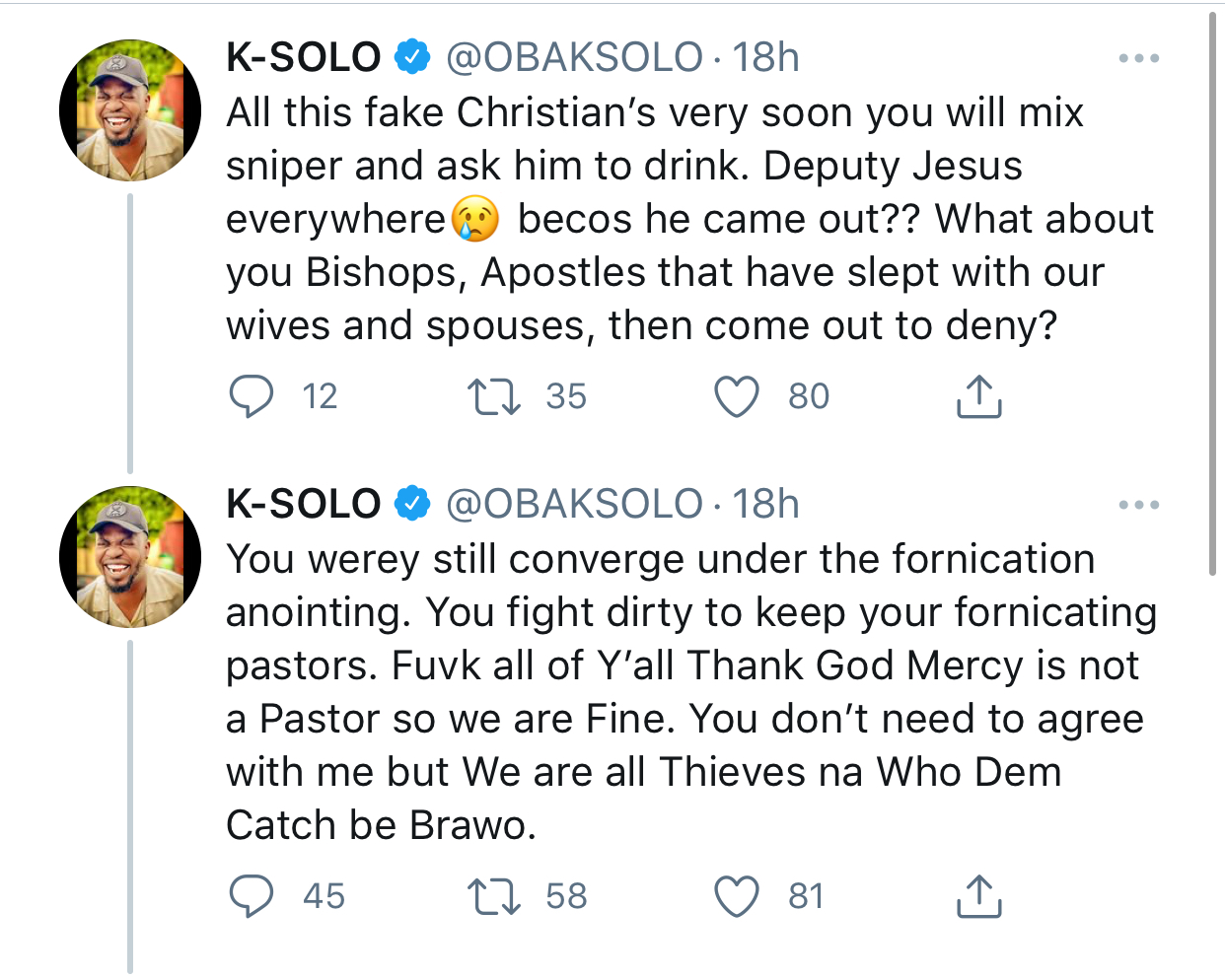 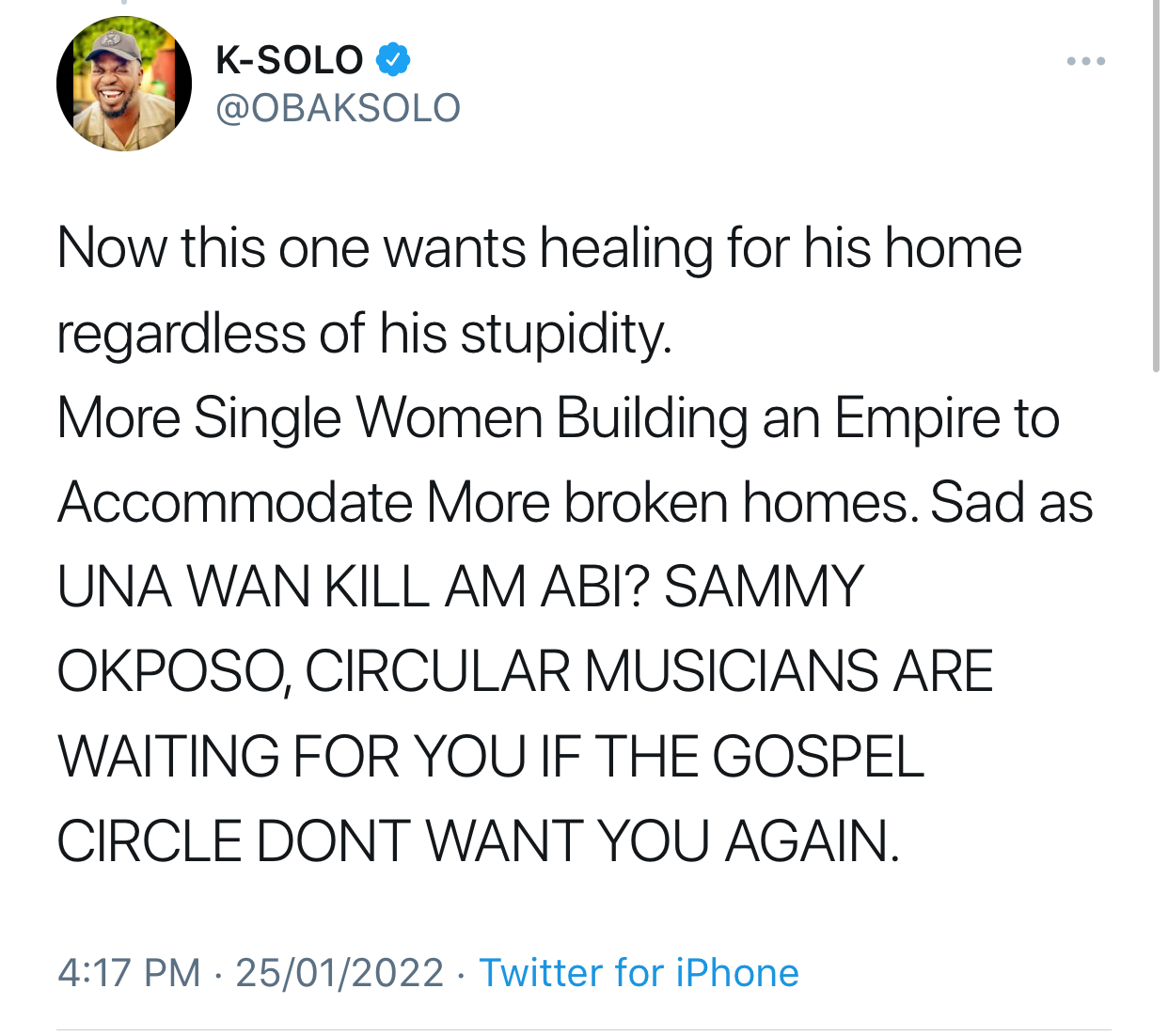