Home Entertainment The Man That Can Resist Sexual Temptation Has Not Been Born: Reno...
Facebook
Twitter
WhatsApp 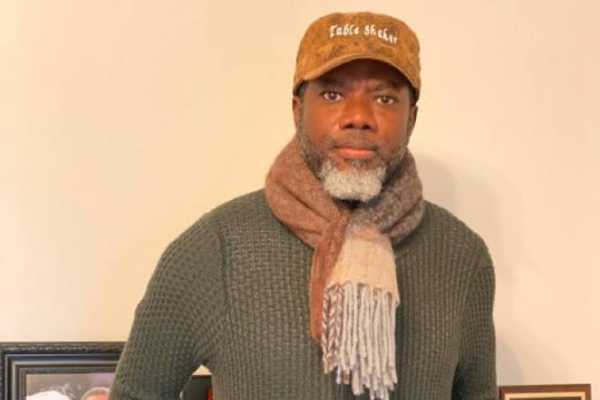 Reno Omokri has taken to his social media to share his opinion on sexual temptation.

The star stated that the man who can resist sexual temptation has not yet been born.

Reno shared this on his Instagram page: ”Dear men, When Joseph was accosted by Potiphar’s wife, he did not fast, or pray, or sing psalms. He fled. Don’t be foolish. The man that can resist sexual temptation has NOT been born. Unless she is your wife, never be alone with a woman in a room with a bed! In fact, if you can even avoid being alone with a woman other than your wife, all the better. When you got born again, your spirit received power. But that power did not extend to a particular part of your body. If it sees what it likes, it becomes hungry. Therefore, don’t create the atmosphere for it to become hungry for evil food!” he wrote

He also responded to a man who said he has once rejected the sexual advances of a married woman.

Reno responded saying that the man resisted because he wasn’t sexually attracted to the woman.

See their exchange below.. 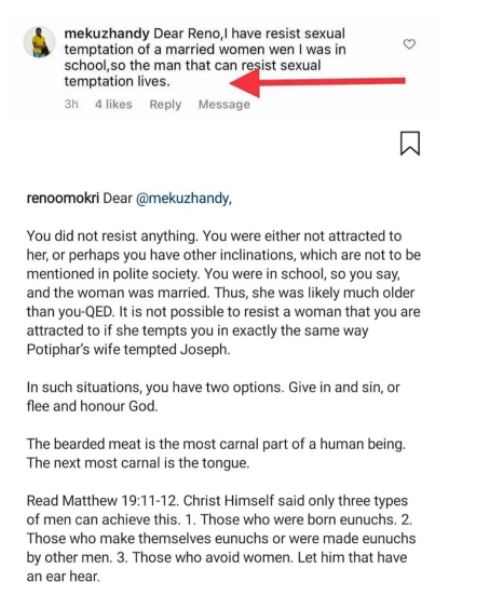