A pastor of the Redeemed Christian Church of God, Pastor Oreoluwa has stated that the viral evangelist, Pastor Funmilayo Adebayo is not the original Mummy G.O. 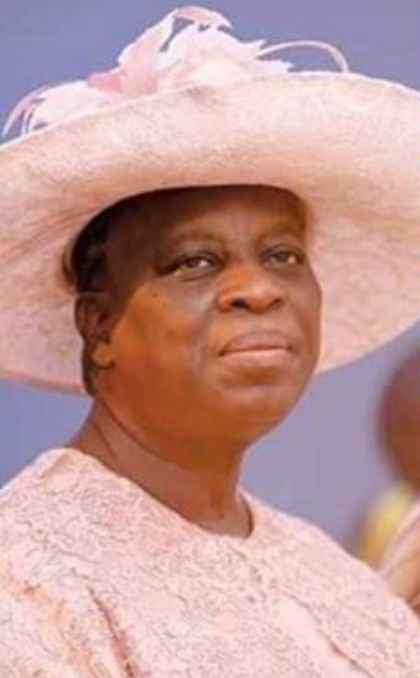 The clergyman said that the only Mummy G.O he recognizes is Pastor Mrs Foluke Adeboye, just as he shared an Instagram post of another RCCG pastor saying that people should not allow their Mummy GO’s image to be tainted online. 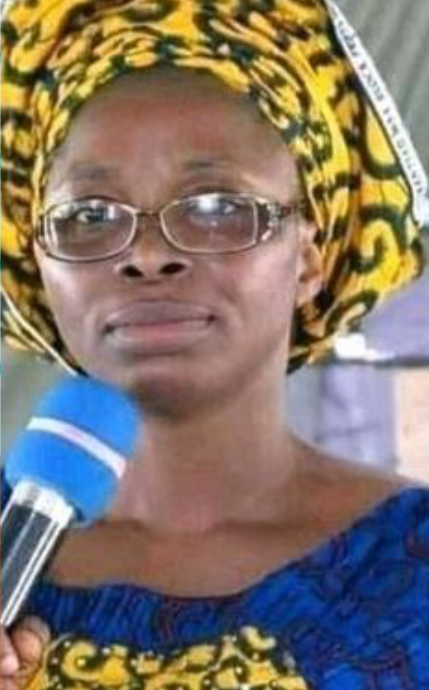 According to Pastor Oreoluwa, Folu Adeboye was given the title before any other clergywoman. 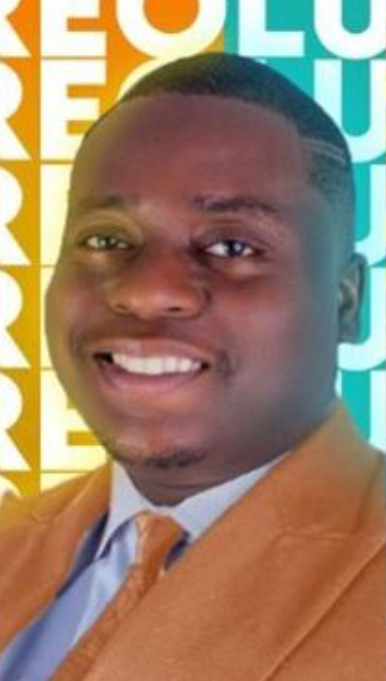 Taking to Twitter, he shared screenshots of his tweets which read;

”My Mummy G.O is Pastor Foluke Adeboye. She’s a collosus, anointed and represents a deep dimension of Apostolic Motherhood and Compassion in the Body Of Christ. That is my Mummy G.O, mama rere!!!

There’s a reason why she was first called Mummy G.O, we won’t allow jokers to tarnish it. She stands for Holiness, Sound Doctrine, compassion, care, forbearance, foresight, the anointing and stature in Christ and God.

We honour you ma, Iya rere!” 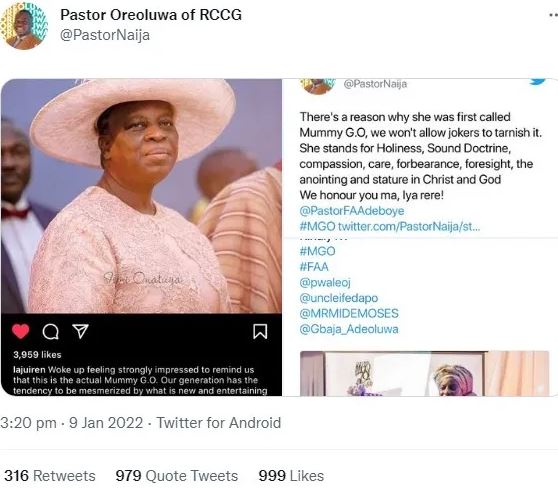