Home News Feed “Do you think I am just any type of girl” – Lady...
Facebook
Twitter
WhatsApp

A Nigerian man probably felt the ground should give way and swallow him after seeing his marriage proposal rejected by the girlfriend.

Young lady lands multiple resounding slaps on the face of her man who proposed marriage to her in public. 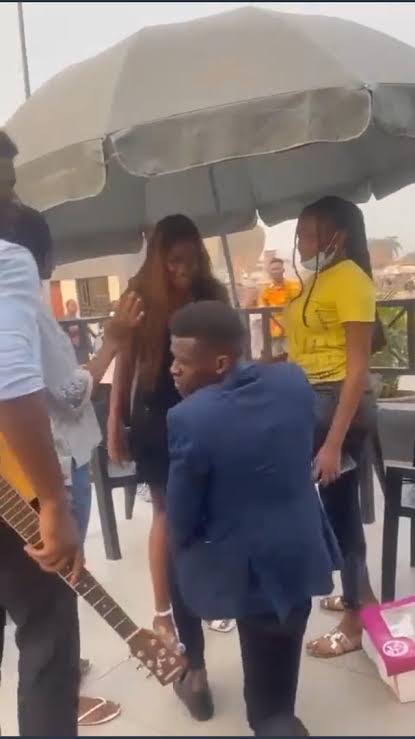 In a video making rounds on social media, young man in love was met with disappointment in the hands of the woman he assumed was his final relationship bus stop. 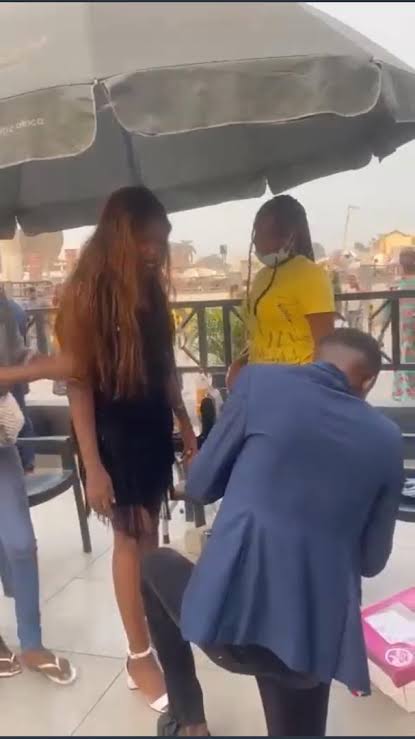 The lady who reminded the man that she is not her type did so unapologetically as she followed it up with slaps on both faces of the man as the crowd watched.

These men no dey hear word……do this thing lowkey🤦🤦🤦🤦 pic.twitter.com/2EOhzfMvpZ