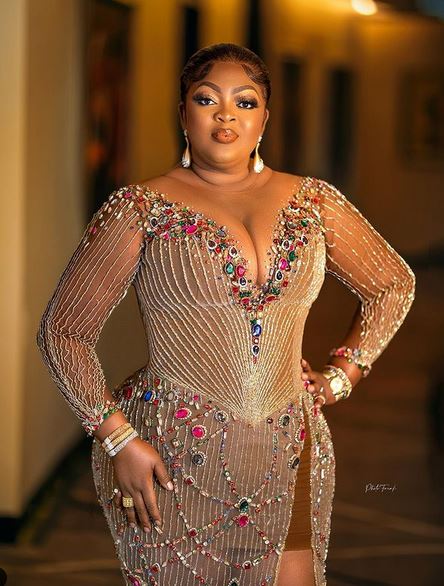 Eniola Badmus, a Nollywood actress, has written a heartfelt tribute to her mother, recalling times they enjoyed while she was alive.

Eniola shared images of her mother on Instagram, noting that it had been 18 years since she had seen her mother.

The actress stated her mother admired her strength and never imagined she would be able to survive without her.

She expresses her longing for her mother while also wishing she could see her living the life of her desires.

In her words: “18YEARS WITHOUT A MUM, You taught me to be strong. Never knew I would have to use this strength to live without you”.