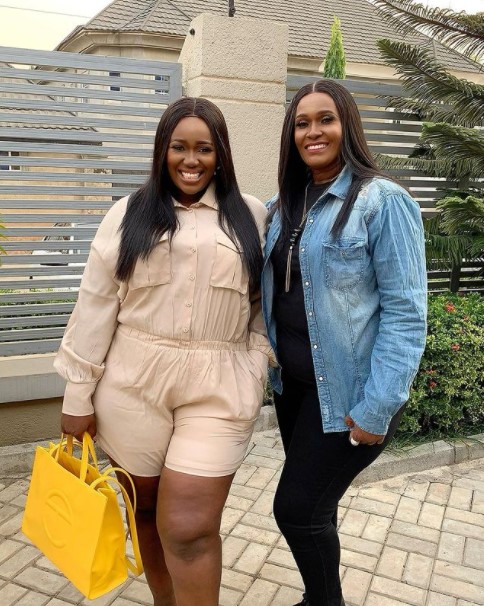 Anita Asuoha, also known as Real Warri Pikin, a Nigerian comedian, has provoked sparked with a photo of her mother.

Real Warri Pikin uploaded a photo of herself and her mother on her Instagram page.

Her mother, according to Real Warri Pikin, could pass for her younger sister because she looked so much younger.

The comedian had a nice time with her mom as they went shopping together and created beautiful memories together.

Fans of Real Warri Pikin gushed about her mother’s attractiveness in response to the snapshot, claiming that she seems older than her mother.