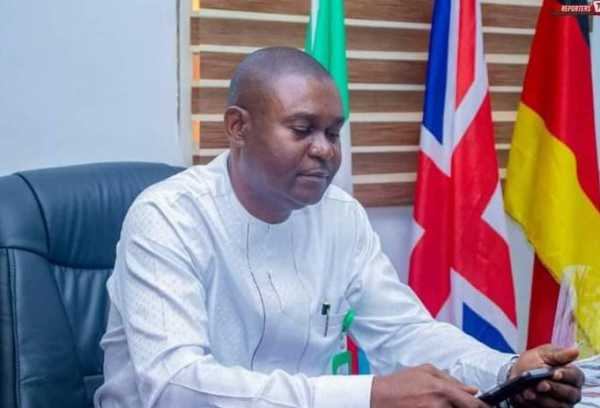 Fabian Ihekweme, the Imo state immediate past commissioner for foreign affairs,  on Wednesday defected from the ruling the All Progressives Congress,  APC, to the Peoples Democratic Party, PDP.

The defection took place at the Kanu Nwankwo stadium in Owerri, during the reception organised by the PDP, to welcome home the National Secretary of the party, Senator Samdaddy Anyanwu, along with the National leadership led by the National Chairman, Iyorchia Ayu.

Also received officially to the PDP, was another top stakeholder, and a former Chairman of the PDP, in the state, Charles Ezekwem, who abandoned the APC, and returned to the PDP, among other hundreds of supporters.