The Skims founder unfollowed estranged husband Kanye West on Instagram Thursday amid all of his tirades about her, their family and her current beau, Pete Davidson.

We’re told that Kardashian unfollowed West shortly after he posted attacks about the “Saturday Night Live” star to his account, writing, “HI SKETE YOU GOT ANYMORE MENTAL HEALTH JOKES FOR ME?”

In a second post, 44-year-old West said he wasn’t harassing Davidson, he was just getting “payback.”

“This boy thought he could get away with performing this sketch for the team that wrote this for him,” West wrote of the 2018 “Weekend Update” segment in which Davidson blasted West’s MAGA rant.

“This is not harassment This is payback.”

Neither Kardashian, 41, who filed for divorce from West one year ago, nor Davidson, 28, have publicly responded to West’s posts, but now that the “SNL” comic has his own account, he could engage in the comments. The fact that Davidson joined amid all this drama is a brave choice, considering West’s first move was to follow him. 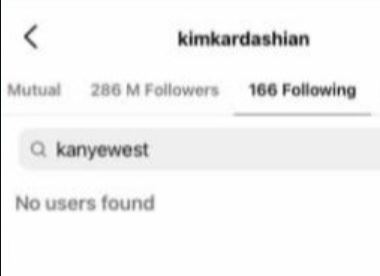