Home Entertainment Man Recounts How Girlfriend Broke Up With Him And Still Invited Him...
Facebook
Twitter
WhatsApp 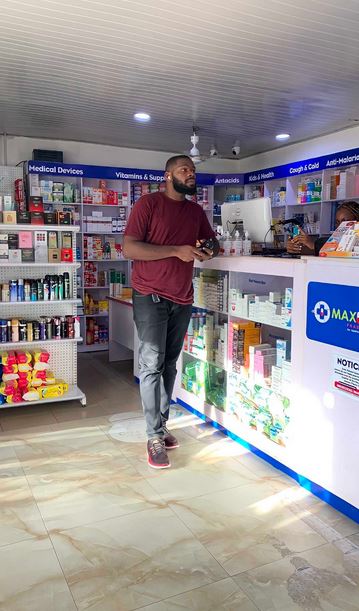 A man has recounted how his ex-girlfriend whom he paid school fees for dumped him and still invited him for her wedding with another man.

The man who goes by the handle @MrMekzy on the microblogging platform, Twitter, revealed that he financed his ex’s tuition in 2012 since her parents couldn’t afford it.

He made the decision while still in his second year of university.

When her father learned of what he had done for his daughter, he offered her N200k to give back to him months later, but she declined out of love.

The man claimed he told her she could do whatever she wanted with it, but the tale doesn’t really end happily because she later dumped him and even asked him to come to her wedding.

“I paid school fees for a lady i was dating in my year 2 in 2012. Her parents couldn’t pay at the time, so I paid. Months later when her father gave her the 200k to give me, i told her to keep it and do whatever she wants with it cos of love. She still put my heart in a blender.

Can’t even talk about the other things I did for her cos it’s just too embarrassing. Forget o, person don mumu for love.

Mama still had the audacity to call me in our final year to ask for forgiveness and to invite me to her wedding, saying that my attendance will be proof that I’ve forgiven her.” 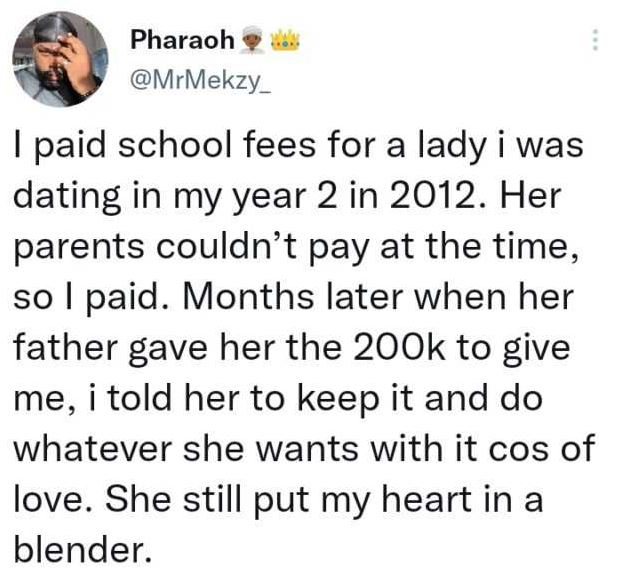 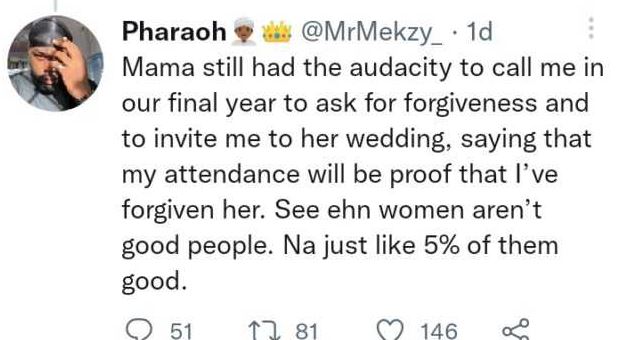