A Twitter user took to the microblogging platform to disclose that his brother was shot by gunmen in Kubwa, Abuja.

According to him, the unfortunate incident happened by 10pm on Monday, February 14 but his brother survived.

”Abuja has turned into a very dangerous place….My brother got shot last night…but we give glory to the Almighty God he is alive and strong

Abuja is not safe again.

My brother was shot at kubwa around 10pm last night, but glory to god is alive and strong” 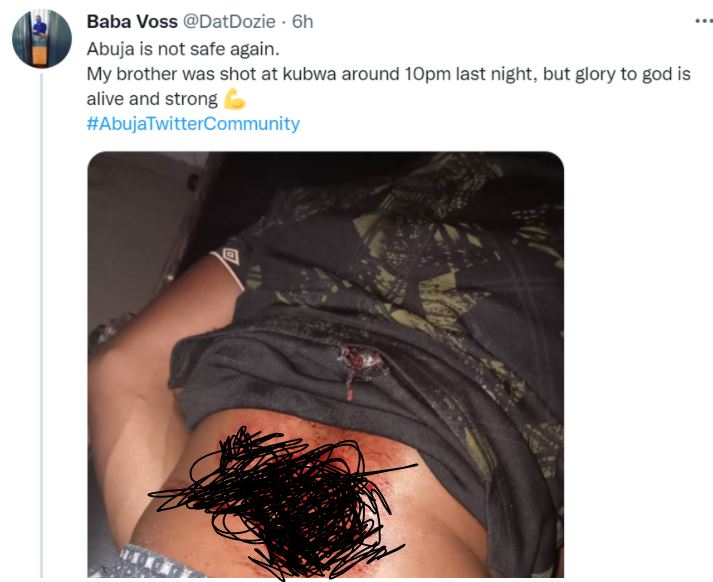 Meanwhile, a thief has been dealt with by a mob after he was caught stealing from a shop in Accra, Ghana.

He was forced to clean a gutter with his bare hands.

Eyewitnesses said the suspect entered the shop under the pretense of buying some items. He was caught by the shop owner after stealing, and thereafter forced to clean a gutter in the area.