Ozy Okposo, the wife of gospel singer Sammie Okposo, has responded to the open letter he released on Instagram just hours earlier.

It was earlier reported that, a lady named African Doll called out the musician on Monday, claiming that he abandoned her after realizing that their affair had resulted in a pregnancy.

This is her first public statement or reaction since the news of the incident surfaced a few days ago. 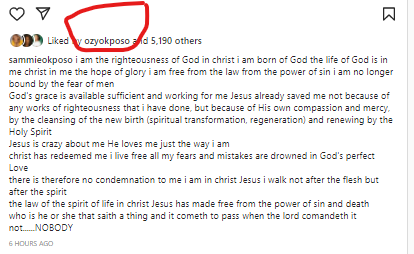