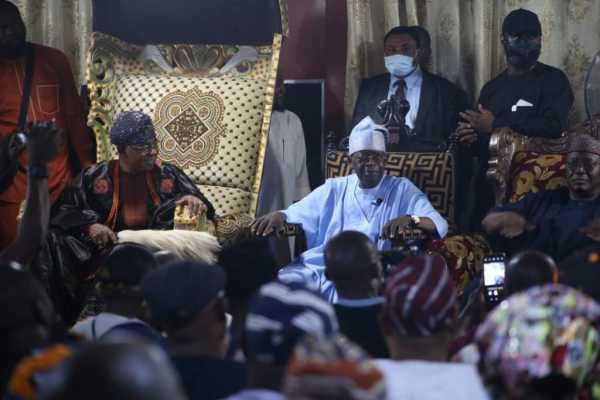 Asiwaju Bola Ahmed Tinubu, the former Governor of Lagos State and National Leader of the All Progressives Congress (APC), has revealed that when elected as president in 2023, he will rule for eight years.

Tinubu, a presidential aspirant on the platform of the APC, stated that after he might have ruled for two terms, he will hand over to a smart politician with the largest number of followers.

The foremost APC chieftain said this in Akure, the Ondo State capital on Friday night during his presidential consultations with traditional rulers in the state.

The former Lagos State Governor maintained that if he becomes the president in 2023, he will turn around the country for good.

While lamenting that Nigeria was yet to attain her greatness, Tinubu stated that he will not only ensure massive job opportunities for Nigerian youths, but also establishment of industries across the country.

“When I rule for eight years, I will hand over to the smartest and someone with most followers will take over from me after I finish my tenure.

“It is a pity that ordinary brake pad Nigeria cannot produce. I will turn Nigeria around for good.”