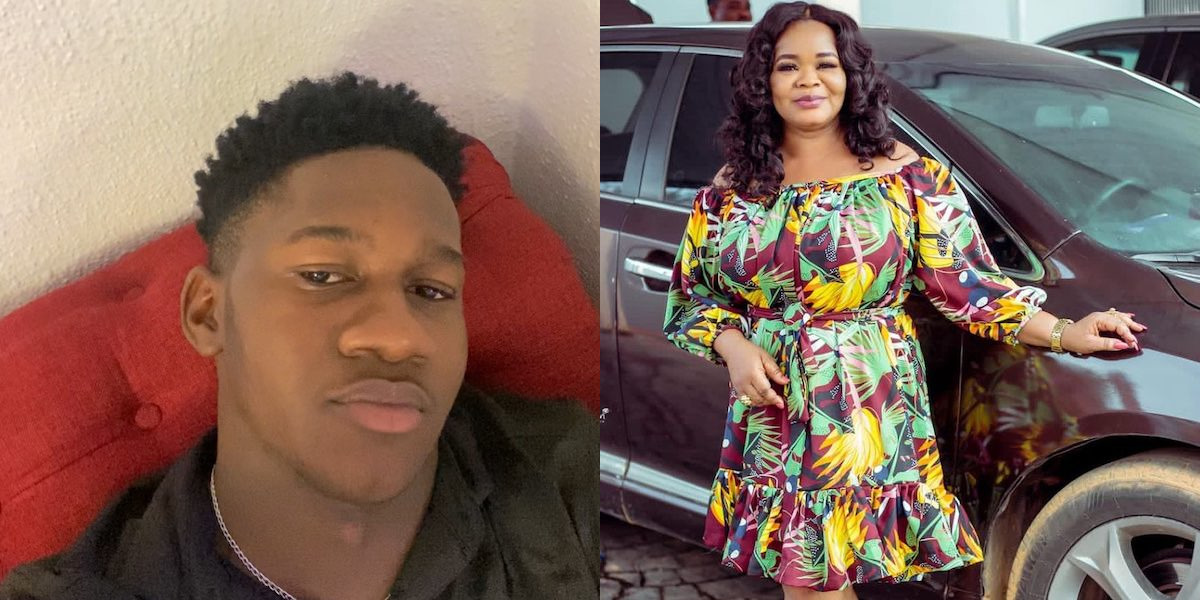 Nigerian actress, Bimbo Oshin has shared a rare photo of his handsome son.

Bimbo Oshin took to social media to share a photo of her son as she gushes on him.

Sharing the photo, she wrote:

The actress was born on July 24, 1971, in Ondo, a city in Ondo State southwestern Nigeria. Oshin attended the University of Lagos where she obtained a Bachelor of Arts (B.A.) degree in Philosophy. Bimbo commenced her acting career in 1996 but rose to recognition after starring in a 2012 Yoruba film titled Omo Elemosho