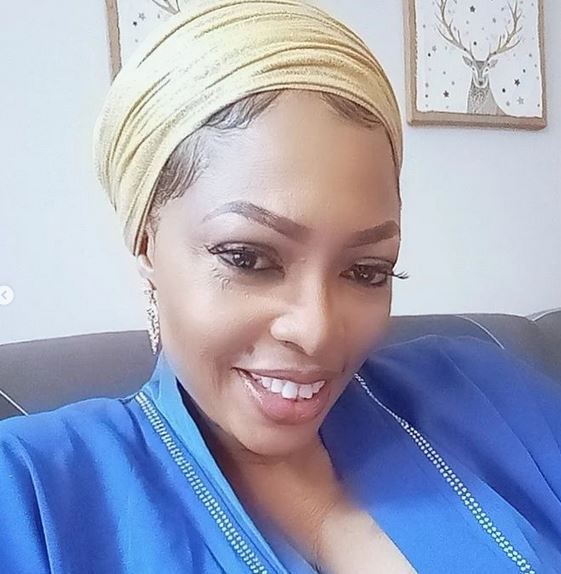 Nigerian actress and producer, Shade Omoniyi popularly known as Lepa Shandy is appreciating God for sparing her life after a major surgery.

The movie star posted stunning photos of herself on Instagram on Wednesday to celebrate her birthday as she sang praises to God for witnessing another year.

Speaking on her surgical experience, Lepa noted that she spent two weeks of her life in excruciating pain but survived against all odds.

The actress began her thanksgiving with praises to God in Yoruba Language saying, “Ti mba so polorun o se to.“

She continued: “I give God the glory for giving me a great opportunity to witness today. Despite the fact that I started my birth month in the hospital with a very MAJOR surgery.


Spent 2weeks of excruciating pain. But I SURVIVED against all odds. Ha! Oluwa Modupe to fi ese mi bimi. Ti mo bani egberun ahon, ko to la ti fi yin o Olorun mi. I wish myself every good things I deserve in Jesus name. Friends pls appreciate God on my behalf because He is merciful to me and mine. HAPPY BIRTHDAY TO Me! “ 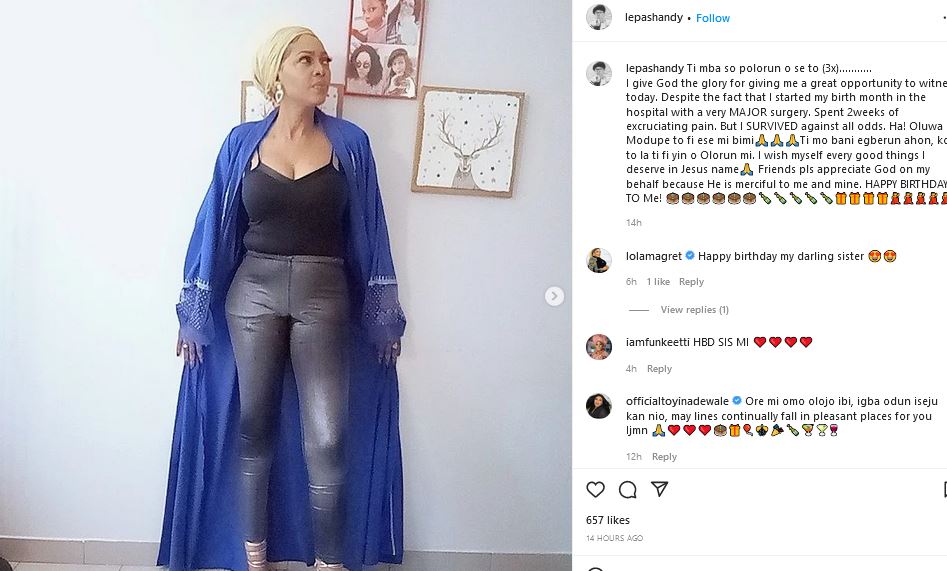 Born in Osun State, Lepa Shandy joined the entertainment industry in 1995, first as a model, then as a makeup artist before debuting as an actress in 1996.

She got the name Lepa Shandy from a character she played in a 2002 movie with the same title.

The actress is married with two children.