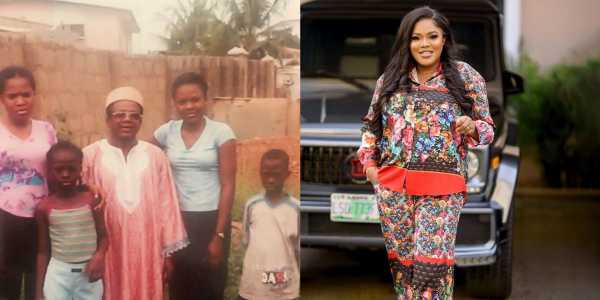 Toyin Abraham shares photos a throwback photo of herself and his father with the caption:

The father of Toyin Abraham is Pastor B.E. Aimakhu. Pastor Aimakhu is late, He was a clergyman during his lifetime. He was born on the 1st of October, 1940 and died on the 23rd of October, 2017.

Toyin Abraham started acting in 2003, when Nigerian actress Bukky Wright came to Ibadan to shoot a movie. Toyin Abraham has made, directed, and starred in several Nigerian films including Alani Baba Labake and Ebimi ni.