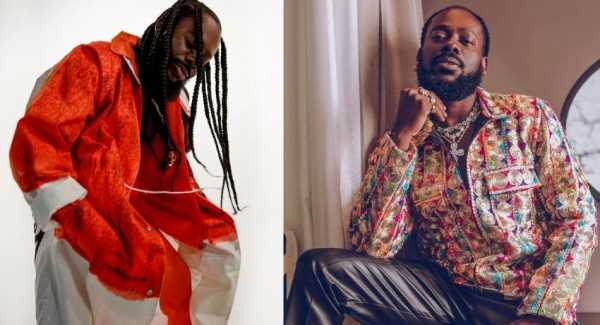 Adekunle Gold can be all fun and jovial but not when it involves talking down on his music.

A tweep had thrashed the singer’s latest album, Catch Me If You Can, calling it a ‘mid’ album and not too tier at all. He added that Davido was responsible for gassing the Mercy crooner with their collaboration, High, thereby making AG Baby feel elite. 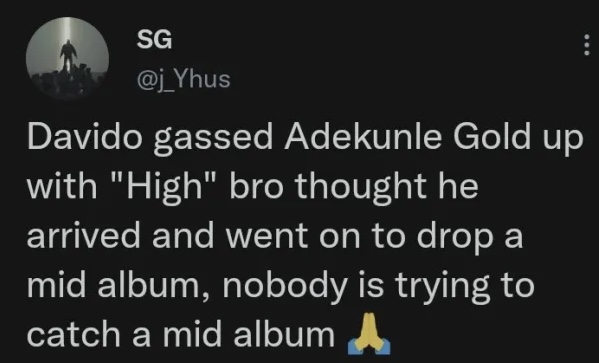 Another Twitter agreed with the sentiment above, adding that the album had no replay and this promoted a response from Adekunle Gold.

He noted that the very same album has garnered over 200 million streams since its release and hoped the tweep was actually excelling at something in life. 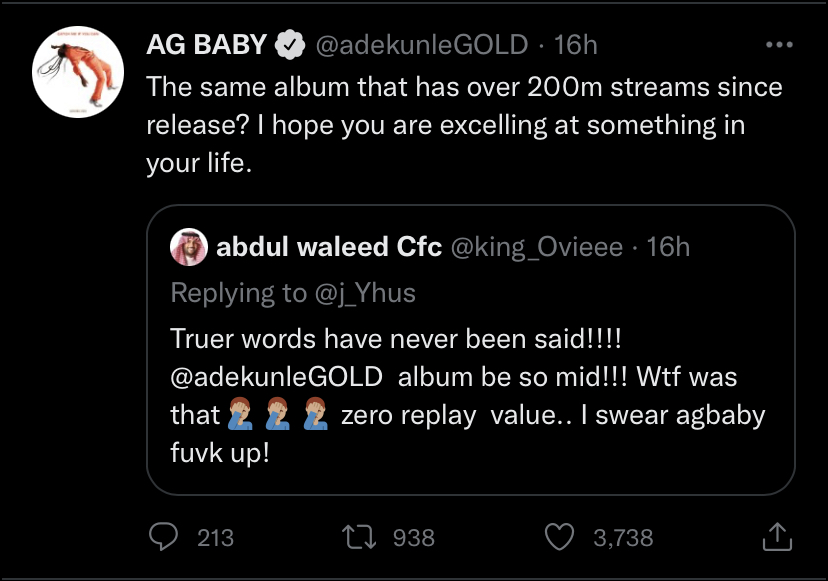 Recall, the music star, had taken to social media to show how excited he was regarding the support he got from his latest album.