Mrs Tammy Onyeke, the American wife of popular Nigerian stand-up comedian Patrick Onyeke aka Mr Patrick has revealed that their marriage is in crisis. 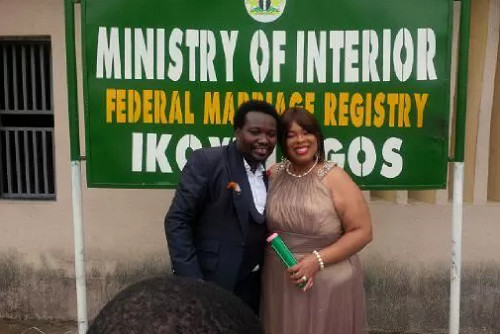 Speaking in an interview with YouTuber, Obodo Oyinbo TV, after her husband claimed in an interview with Daddy Freeze that “wicked” Nigerians in the diaspora and fake friends are seeking to destroy his marriage, get him deported and instigating his marital crisis, Tammy accused her estranged husband of lying and infidelity.

She recounted how her husband’s attitude changed after they applied for his green card. Tammy alleged that her husband of 6 years abandoned her since June 2021 and also pretended to love her so he could secure a Green Card.

“I don’t know what is going on with my husband. He came out with that video to make those statements. That is not my husband, and he doesn’t do social media tantrums. So when I saw the video, I texted my husband, “Is he okay?” because that’s not like him. So since June, all these things have been happening to bring things to you. My husband has been gone since June. He moved out of the house, and I have only seen him twice. The six-year-old marriage is on the verge of a divorce due to lies and Infidelity”.

Tammy also recounted the sacrifices she made including coming to Nigeria to learn how to make Nigerian dishes after they got married.

”I have been married to my husband for the past six years. When we first got married, I moved to Nigeria to learn the culture of how to cook. After that, I thought of settling in Nigeria because I am an accountant.

“When I was in Nigeria for one year, we had light for only 45 days, there was also fuel scarcity, and then the generator was giving me a headache. I had a condition called Lupus, that’s why I am fat, many people made fun of me, some said Mr Patrick married that fat cow”

Tammy who is an accountant revealed that issues in their marriage began after she saw a text message from one of Mr Patrick’s suspected lovers, a Nigerian actress, whom her’ husband claimed was a ‘business partner’.

”Our first misunderstanding began after a Nigerian actress messaged my husband at 2 a.m. I thought it was an emergency. Maybe his dad and I saw a message saying, “baby, I am sorry I slept off.” So I said, who is this calling my husband.

“So I went to the actress’ page, I clicked on her story, there was a video. I saw my husband and the actress talking to someone, and then I asked the actress via her Instagram story, “Why are you calling my husband baby” do you know that that actress deleted that story?.

“I went to my husband, and I woke him and questioned him. He said it’s not my business; he said it’s someone she was his business partner. I got all kinds of stories.

“I noticed the difference when we applied for Patrick’s Green Card. He started acting funny. He wasn’t kissing me, wasn’t touching me, for a whole year, he was acting funny, and I said I can’t take this anymore.”

Tammy also narrated how her husband never bulged after she went down on her knees to beg him. 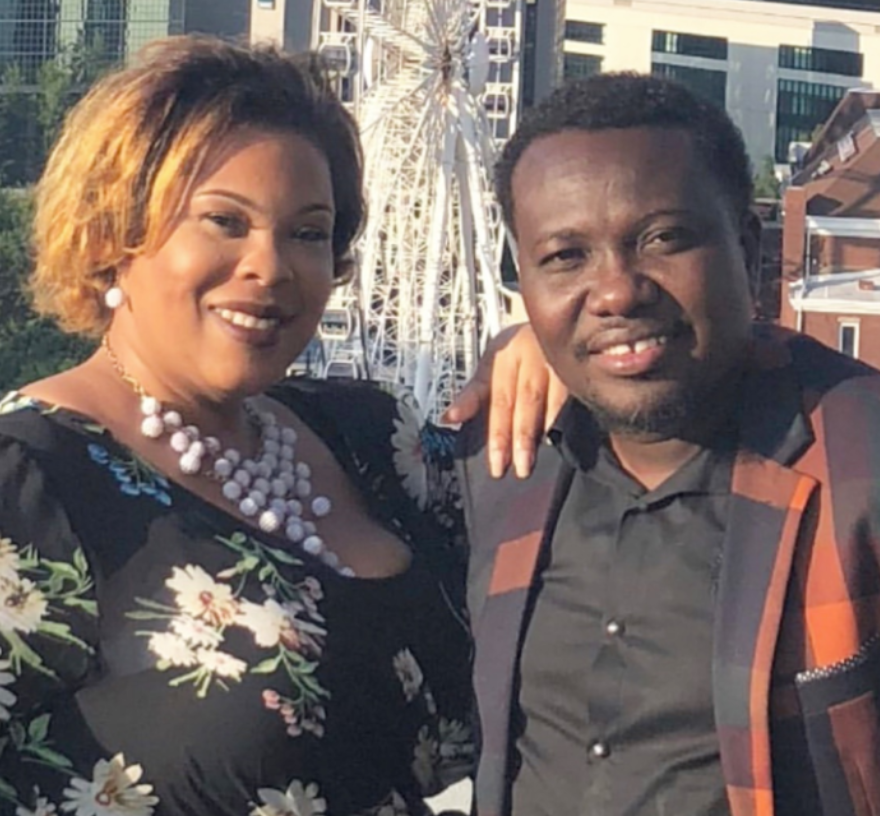 “As an American woman, I went to him, I got on my knees and asked him, ‘my husband, if I have offended you, please let’s talk about it. He kept quiet and stayed on his phone. For 15 minutes, I was on my knees begging. He finally said you hadn’t done anything to me; I am provoked from work. You know I am working. I snatched his phone. It can be the worst, and I haven’t seen my husband since then.”

The lady who disclosed that she became worried after Mr Patrick left the house, said she went to his office only to discover that he had changed his account number and was financing his alleged fancy trips with a new lady.

“When he was gone, for two days I kept calling to know his location, but on the fifth day I was curious to know what was going on with my husband, so I went to his office. I found out that he has opened a new bank account. So I got the bank account details, put it up online, and saw that they bought two plane tickets.

”Patrick has been going back and forth to Maryland land for two months. Usually, he would spend the weekend, but he started staying weeks in Maryland. So I saw one ticket for a girl and the other for himself. So I called him, and he said that the girl was his business partner.”

She also claimed that the lady from the office was a 27-year-old girl who later swindled the 42-year-old comedian of his money, one that caused him a significant setback.

According to Tammy, Mr Patrick had an established and booming fish business but kept hanging around the wrong people who ruined the business. She revealed that people around her reported the comedian to the U.S. CIA that he scammed her, which propelled the agency to launch an investigation against him.

Tammy further disclosed that she employed the services of a private detective, who was also investigating Mr Patrick and his escapades.

“The US CIA came knocking on my door, so it wasn’t me that reported him first. But, yes, he’s right that I have had people tell me about him. He was right about that…

“I had my private detective investigate him, and we discovered he was living with a girl who wraps fish for him, one he claims was a business partner, and all these while my husband, my husband, was at her address.

“On my birthday, May 30, he said he couldn’t celebrate my birthday with me because his dad was dead, but he was spotted in the club in the VIP section, clubbing with women around on my birthday. These things hurt.

“But when it was the birthday of his ‘business partner’ whom he lived with, her birthday was July 13, he was on a date with her and her friend, celebrating the girl’s birthday. This girl called me that Patrick said you couldn’t give him babies, insulting me. I heard several things people told me that Patrick had said he was ashamed of my weight when I came to Nigeria”