Hakeem Baba-Ahmed, spokesman of the Northern Elders Forum (NEF), has faulted the national assembly for voting against gender bills in the constitutional amendment process.

On Tuesday, the national assembly voted against bills seeking to give women more opportunities in leadership and governance.

On Wednesday, some women staged a protest at the national assembly over the rejection of the bills, and accused the lawmakers of bias.

Speaking on the development, in an interview on Channels Television, Baba-Ahmed stated that the quality of leadership in the country will not change if the scope of selection is not widened to accommodate youths and women.

“There were some key clauses that would have added substantially in terms of improving the quality of the constitution and the leadership selection,” Baba-Ahmed said.

“One of them, tragically, was the rejection of setting aside 35 percent of the elective positions for women. This is not for a country like Nigeria. The level of underrepresentation of women in key positions and decision making is tragic.

“It is really tragic. We have reduced women only to the role of the voters, basically. The political system has reduced everybody else, except the people that we elect, as spectators who are only relevant for the purposes of election. After that, the people we elect run away with power and do what they want with it.

“I was particularly saddened by the rejection. Every gender-based amendment was rejected. It was as if we had a legislature that was waging war against women.

“You have an extremely self-centered set of legislators. There are people who think any concession made to a critical group like women is power they lose. They read themselves into all these amendments rather than the interest of the public.

“If you don’t widen the scope for leadership selection, if you don’t allow a greater number of young people and women to emerge through the process, how else do you change the quality of leadership that we have?” 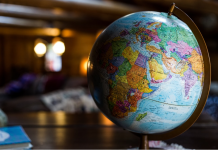