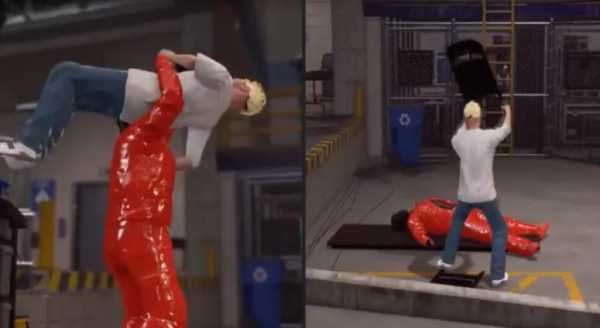 With the rivalry heating up even further over the past week, a gamer took to the recently released video game to finally have Ye and Davidson come to blows.

The creator really turned on their creative skills while developing the celebrities in digital form.
Kanye West was dressed in his red Donda tracksuit, complete with a black mask; while Davidson was styled with his trademark blonde hair.

Their virtual fight took place in an appropriate backstage setting and they traded blows while West’s track ‘On Sight’ played over the speaker.

West comically lifted Davidson up for a powerbomb on the concrete floor to win the matchup.

The virtual fight comes after a series of texts were leaked earlier this week that saw Davison allegedly taunting the rapper, saying: “I’m in bed with your wife.”