Home General News Hardship, Fuel Scarcity: You’ll Go To Hell If You Don’t Protest –...
Facebook
Twitter
WhatsApp
Nigerians have been called upon to protest against the hardship in the country.
Human Rights Writers Association of Nigeria, HURIWA warned that any Nigerian who refuses to protest will go to hell.
According to the human rights advocacy group, any citizen who fails to speak out and eventually dies in pain, hardship and anguish as a result of the government’s failures, will go to hell.
Addressing a press conference in Abuja on Monday, the National Coordinator of HURIWA, Emmanuel Onwubiko, berated the security agencies, especially the Department of State Services, DSS, for always scaring Nigerians away from protesting, which is their constitutional rights.
He pointed out that it was not a crime for the people to demonstrate against the [high] cost of living and the lingering scarcity of fuel but a crime for the security services to stop Nigerians from protesting in peaceful manners.
“Peaceful assembling is permissible under the constitution of this country. If you cannot protest in a democratic government then that democracy is dead,” the group said.
“Buhari’s government was brought to being by protest. Nigerians were on the streets where the likes of Soyinka were leading the protest. Nigerians are still waiting for Soyinka, who is a grandfather to come and lead a protest.
“You don’t expect people of Soyinka’s age to come and lead a protest. The reason why these killings and bad governance are manifesting all over the place is Nigerians are just okay waiting for Soyinka to come and call us out for the protest.
“You don’t wait for anybody before telling the whole world that you’re starving to death, that you cannot get fuel. It is that every other person is not facing the same problem that we see all around us where filling stations will divert their allocations to the black market and you have the DSS that one of the core responsibilities is to stop economic sabotage and you have economic saboteurs in smaller forms.
“Those guys who carry jerry cans parading all over the streets are economic saboteurs. They are some of the people making fuel to be scarce because they are the agents of the fuel dealers but the DSS are seeing them but has failed to arrest them.
“But they instead go after people who say they can no longer keep quiet and die. If you keep quiet and die you’ll go to hell. If you keep quiet and die of suffering in this country you’re not going to heaven because you kept quiet, no.
“You may end up in hell because you did not defend your fundamental human rights. It is your obligation to protect your rights to life. So if you keep quiet and die you’re not going to heaven. You’re a coward.
“That’s a simple fact. So it’s wrong for the DSS to say they want to stop people who want to protest. The best the security agencies can do is to provide security and make hoodlums do not hijack the protest.” 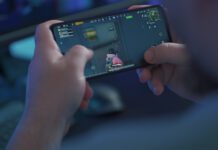