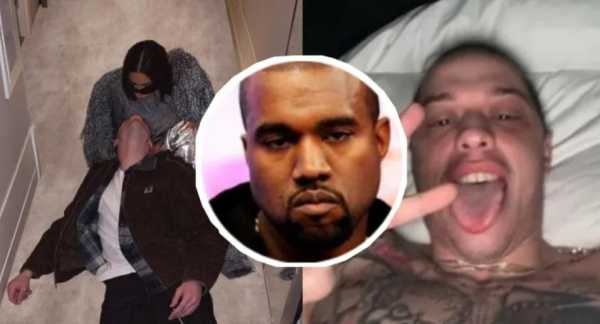 Kanye West and Pete Davidson are trending on the internet once again after the comedian’s writing partner David Sirus leaked some chats between the rivals.

In the texts, Pete Davidson was telling Kanye West to stop harassing Kim Kardashian because he is destroying his legacy with his consistent attacks on her.

He further added that how Kim Kardashian treats their kids is amazing hence Kanye shouldn’t worry about their well being especially North West.

In a part of the chat, Davidson sent a picture of himself in bed, with the message: “In bed with your wife.”

Pete Davidson is currently been bashed for allegedly conspiring with David Sirus to leak the chats.