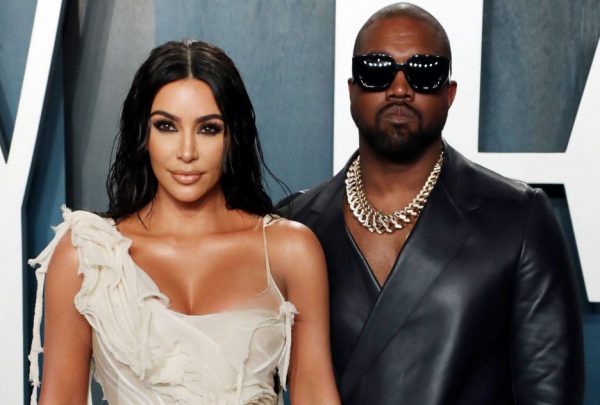 Billionaire rapper, Kanye West is set to challenge his prenuptial agreement with estranged wife, Kim Kardashian in an attempt to scutle her efforts to have herself declared single.

The 44-year-old rapper’s lawyers have filed legal documents arguing that all prenuptial agreements signed in California after 2002 are presumed to be invalid, TMZ reported on Tuesday.

Kardashian, 41, will be asking a judge to declare her legally single on Wednesday, March 2, the outlet reported.

‘California premarital agreements entered on or after January 1, 2002, are presumptively invalid,’ West’s lawyers claimed in his filing. ‘The presumption of invalidity exists until rebutted at trial or the parties ratify the agreement. We are in the early stages of the case so no ratification has occurred.’

However, West has not previously claimed that his agreement with Kardashian is invalid.

According to the outlet, California’s law requires one of the spouses to challenge the prenuptial agreement for it to be presumed invalid, but the Monster rapper has not yet done so.

If he were to do so, he would need to prove that the agreement was ‘unconscionable,’ meaning that it was too one-sided, or that either party didn’t agree to it voluntarily.

TMZ notes that West had a lawyer representing him when he signed the prenuptial agreement, suggesting that his signature wasn’t involuntary.

The document is also expected to help him retain much of the massive fortune he amassed during his marriage to Kardashian, which comes from several hit albums and his lucrative fashion deals.

Kim previously filed documents claiming that his recent social media posts have been riddled with ‘misinformation,’ and she claimed their attacks on her and her boyfriend Pete Davidson have caused her ’emotional distress.’

‘I believe that the court terminating our marital status will help Kanye to accept that our marital relationship is over and to move forward on a better path which will assist us in peacefully co-parenting our children,’ Kardashian wrote in documents filed on February 23, according to Rolling Stone.

Kardashian is using her estranged husband’s social media posts as an argument for speeding up her transition to single status, but West’s attorneys said she would need to prove he had personally written the posts, though they didn’t appear to explicitly deny that he had written them in their own filings.

Although West’s attorneys appear to be raising doubts about whether he’s responsible for posts on his social media account, he seems to have taken steps in his posts to cast himself as their author.

In a since-deleted Instagram post, the hitmaker shared a photo of himself holding up a yellow notepad that read, ‘My account is not hacked,’ and the date, ‘ 2 13 22.’

The posts caption featured the recognizable breathless all-capitals style that many of West’s recent posts have adhered to.

‘MY ACCOUNT IS NOT HACKED,’ the post repeated int he caption, before noting that West would be taking his children to Sunday Service, followed by the Super Bowl.

He also included a not to SNL Weekend Update anchor Michael Che offering to pay him double ‘WHATEVER THEY PAYING YOU’ to get him away from cast member Pete Davidson.

Sources claimed to TMZ that the musician and fashion designer has not been working closely with his legal team.

Instead, he made it clear that he didn’t want to divorce Kardashian, but left it up to his attorneys to craft a legal strategy for him.

Source also said it’s unlikely that he’ll appear in court for the hearing on Wednesday.

Kardashian filed for divorce in February 2021, and the couple initially seemed to be on the same page, but in recent weeks West has taken to attacking her boyfriend on social media.