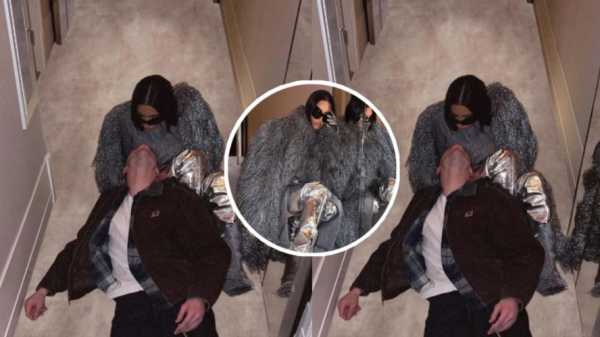 Kim Kardashian has been accused by internet users of photoshopping her most recent pictures with Pete Davidson.

According to these internet detectives, the carpets of the pictures Kim K shared on her IG and Twitter are different although both pictures were taken at the same place hence there’s foul play somewhere.

As pointed out by these critics, the picture Kim K shared on her Twitter page had a geometric design, while the floor covering in Kardashian’s Instagram post appeared to be solid grey.

After coming under severe backlashes, Kim Kardashian has deleted the ones she shared on Twitter leaving the ones on IG to stay.

Kim Kardashian is known to be a fan of photoshop so it’s not surprising that she has been called out for editing her pictures with Pete Davidson who is only 28 as compared to her who is 41.

Take a look at the two pictures below to know more…