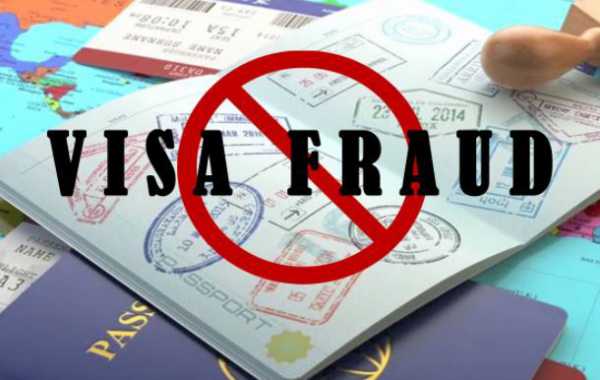 A 49-year-old man, Rasheed Sule, has been arraigned before a Badagry Chief Magistrates’ Court in Lagos, over alleged N3.5 million visa fraud.

Sule, of no fixed residential address, is facing a two-count charge of fraud and stealing.

The prosecutor, ASP Clement Okuiomose, told the court that the defendant committed the offence on Dec.17, 2021, at about 3:00p.m at Ajara-Badagry area of Lagos.

Okuiomose said that the defendant obtained the sum of N2,321,000 from the complainants, Hassan Zhekwo and Momoh Zhekwo, two brothers, under the pretence of getting traveling documents for them to travel to Dubai to play football.

The prosecutor said the defendant failed to fulfill this promise.

He said the defendant converted the money to his personal use.

Okuoimose said the offences contravened Sections 314 and 287 of the Criminal Law of Lagos, 2015.

The Chief Magistrate, Fadaunsi Adefioye, granted the defendant bail in the sum of N500, 000 with two sureties in like sum.

Adefioye said the sureties must reside within the court’s jurisdiction with evidence of tax payment to the Lagos State Government.

The chief magistrate adjourned the case until April 14, for mention.