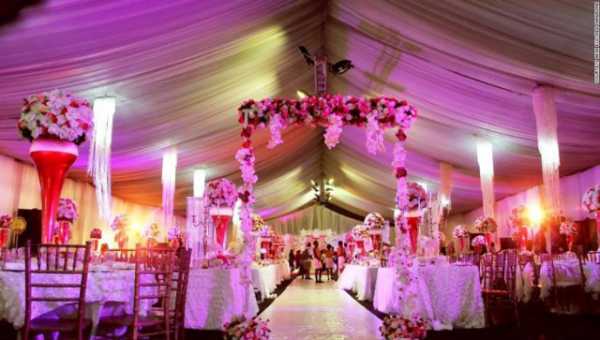 A Nigerian man has ended his marriage plans with his fiancée after she requested for an expensive wedding.
According to him, she wanted society wedding but refused to contribute towards it.
Twitter user, @Okenwaokodu shared the story on social media.
He said the groom-to-be tried to reason with his 29-year-old fiancée but she insisted on having a big wedding with 20 bridesmaids also known as ‘asoebi‘ ladies.
The groom-to-be has now reportedly called off the wedding after feeling overwhelmed by his fiancée’s demands.
He tweeted,
“Nna ehh, some ladies are just something else, she’s 29yrs yet want a very loud wedding but won’t bring a dime, your man told you there’s life after wedding but No, she wants 20 asoebi girls and bills on the man.
Man woke up overwhelmed and called off the wedding 😂.”
The tweet has stirred different reactions from netizens as some opine that he could have reached a compromise with his wife-to-be instead of calling off the wedding, while others averred that he made the right decision.
See below: 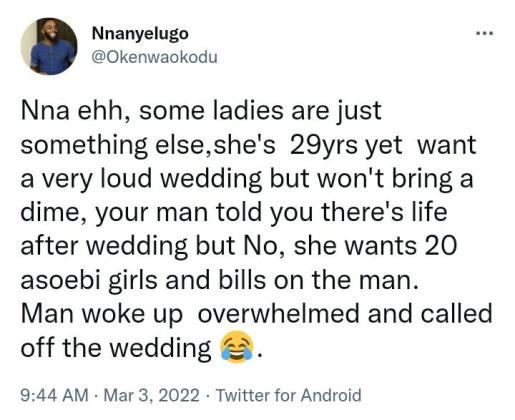