Veteran filmmaker Moses Ebere has allegedly passed on. The Abia-state born talent reportedly died on Tueday, March 22 in his sleep.

Confirming the tragic passing, film director Amayo Uzo Philips made an announcement via Facebook. He wrote:

“Heard a very bad news about Moses Ebere, one of the oldest Nollywood veteran directors. Met him in the ’80s as a powerful editor and that was before the coming of Nollywood.

Spoke with him regularly recently because he was planning to come shoot in my state and I was helping him with an epic location.

This night one of our writer friend called me to say that Moses has passed on today.” 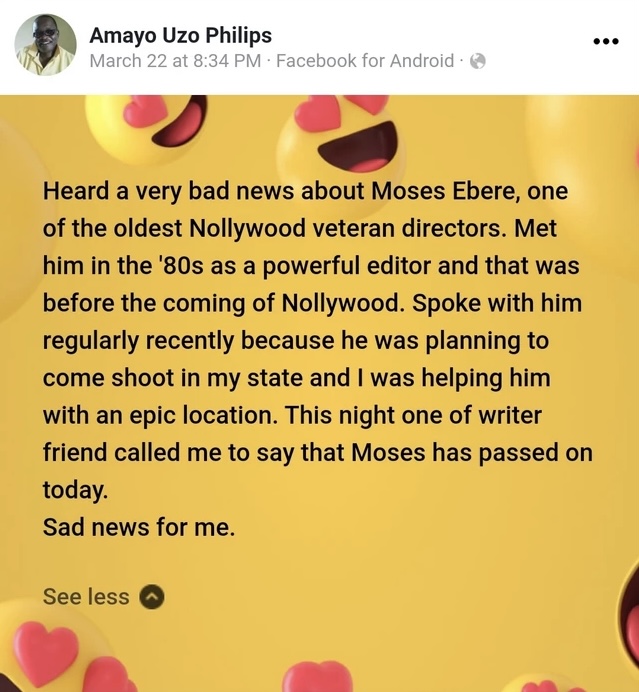 Born in Isiala Ngwa, Abia state, Moses began his Nollywood career as a film editor working on most Nollywood classics including Living in Bondage and Glamour Girls.