The governor of Ekiti, Kayode Fayemi, claims that states provide more cash to the police than the federal government.

The governor stated this on Thursday during a panel discussion hosted by the Nigeria Governors’ Forum (NGF) in collaboration with the Centre for Democracy and Development on the security vote (CDD).

A security vote is a monthly appropriation made to state governments for the purpose of enhancing security.

Other security agencies, according to Fayemi, who is also the chairman of the NGF, receive backing from governors in addition to the police.

“Some states have something called security vote. It is not all states. Security vote has a history and I will urge you to look for a book by chief Jerome Udoji — ‘[Under] Three Masters’, that’s what the book is called. You will find in that book the origins of security vote in Nigeria,” he said.

“I also get feedback from other states in my capacity as chairman of the governors’ forum. There is hardly any of these institutions that you are talking about that we don’t fund. We fund the police — we fund the police more than the federal government. Quote me.

“State governors fund police more than the federal government. We buy them vehicles; we pay them allowances. In some cases, we even buy ammunition; of course, under the authority.

“In 36 states in this country today, the military is involved in internal security operations, which really is a problem, because for me it’s a role inflation.

“Now, when you inflate the role of the security institution beyond its primary responsibility, you also have consequences that will come with that. That may not be palatable, but that’s where we are, because most Nigerians don’t trust the police.

“So, we pay for that. We pay for civil defence. There is no security institution that you have that states are not responsible for more than the federal government that has primary responsibility for them.” 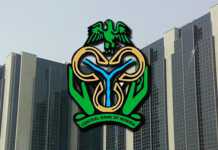