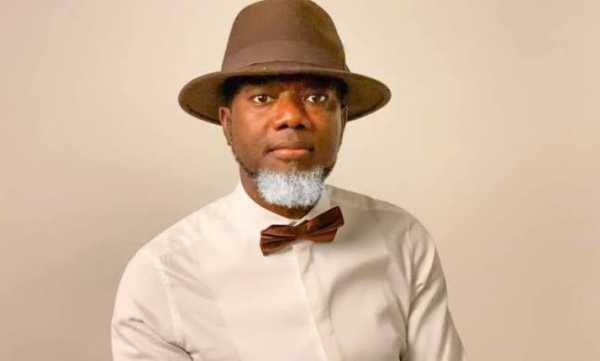 Former Presidential aide, Reno Omokri is of the opinion that the popular saying ”behind every successful man is a woman” is a big lie.

He believes that what is behind a successful man are countless years of unsuccessful years.

Reno stated that if the successful man had focused on women, his current success wouldn’t have been realized.

“And if he had focused on women in those years, his present success would not have manifested. So, never think that love alone, without success, can keep a woman with you.

“Love alone is not enough to keep a marriage afloat. Especially where children are involved. Once a woman has a child, her umbilical love for that child is likely to be stronger than her emotional love for you.

“If you can’t care for that child, because of poverty, she may cheat on you with a man who will’. 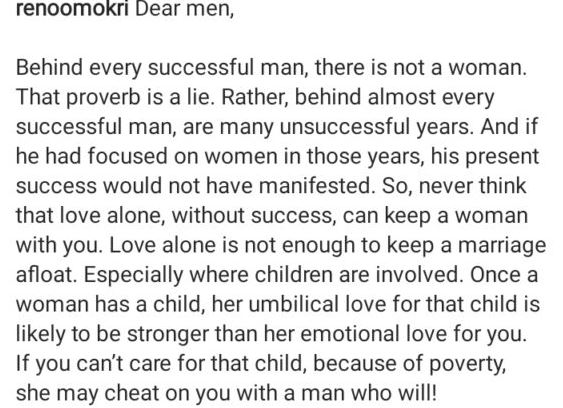