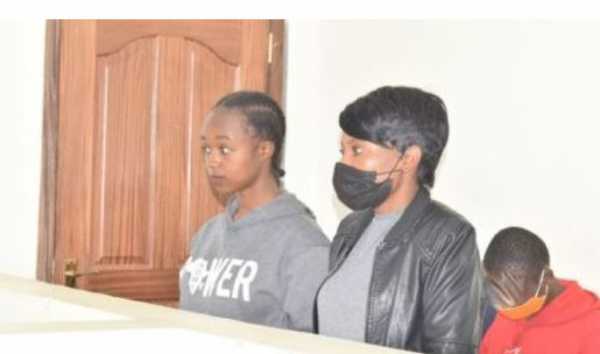 Two women have been arraigned for incurring a debt of Sh147,250 bill for drinks and food taken at an entertainment joint in Kilimani, Nairobi.

The suspects, Delilah Raila and Evy Chepto, were  charged with creating a disturbance in a manner likely to cause a breach of peace by allegedly insulting Gregory Nzamba, of Black Stars Lounge and revellers while drunk.

The two became unruly at around 2:30am on March 6 and allegedly started creating a disturbance, hurling insults at Nzamba saying they wouldn’t pay for the drinks they had taken.

Nzamba tried to calm them down and told them to look at their bill but they reportedly told him off.

When they later sobered up, they declined to pay the bill and were reported to officers at Kilimani police station who arrested them.

The duo appeared at the Kibera law courts on Monday, March 14, and denied the charges before senior resident magistrate Renee Kitangwa.