Femi Adesina, a presidential aide has explained why President Muhammadu Buhari, is demarketed as a religious bigot in his first three attempts to become the country’s president.

He stated this move had been the strategy of those who had a dark past and was afraid the President’s uprightness and incorruptibility may affect their chances going forward.

According to him, it was a narrative deliberately concocted and conjured by those who were afraid of the probity and integrity he could bring into public office.

Adesina, who is the Special Adviser on Media and Publicity to Buhari, stated this in his article titled, ‘Buhari, Osinbajo and the bigotry question’, shared on his Facebook page on Thursday.

He added that after the bigotry narrative had give way after the President realised in his dream in 2015, and chose Vice President Yemi Osinbajo, a Redeemed Pastor, as his second in command.

Highlighting the President’s level of religious tolerance, Adesina wrote, “Who else can you trust more than the man (or woman) that cooks or serves your meal? Possibly nobody. Buhari has Christian cooks, male and female.

“And who can you also trust more than the man that drives you? He can decide to do bad, bad things to you. Buhari has Christian drivers.”

He added, “As the administration winds down (in 14 months) I pray for grace to be able to document my experiences with this President. People would then realize how unfair they’ve been to him. A man more sinned against, rather than sinning.” 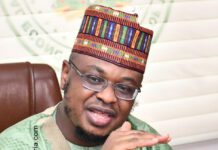