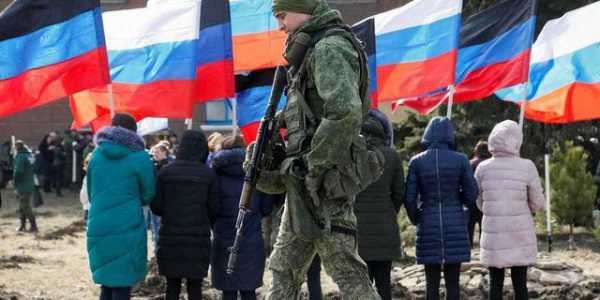 The Russian Defense Ministry said its forces in Ukraine have killed 1,035 mercenaries, out of an estimated 6,824 that came from 63 countries.

According to the report, 400 foreign fighters are holed up in Mariupol’s enormous Azovstal metallurgical facility, which spans 11 square kilometers.

Ukraine’s military have refused to surrender despite Russia’s ultimatum, which expired on Sunday.

According to RT.com, 1,717 Poles are among the international combatants, with roughly 1,500 from the United States, Canada, and Romania.

Up to 300 individuals arrived from the United Kingdom and Georgia, respectively, while 193 people arrived from Syria’s Turkish-controlled territories.

“Most of them are citizens of European countries, as well as Canada,” Konashenkov stated, adding that Russian forces have intercepted radio communications from the plant in six foreign languages.

After the surrender of more than 1,000 members of Ukraine’s 36th Marines Brigade at the Ilyich Steel and Iron Works in Mariupol earlier this week, which Ukraine denies, the Russian military offered the defenders at Azovstal a final chance to lay down their arms and surrender on Sunday morning, promising that “all who lay down their weapons are guaranteed the preservation of life.”