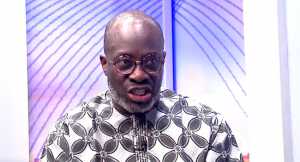 A governorship aspirant of the platform of the People’s Democratic Party (PDP) in Ogun State, Segun Sowunmi, has vowed that if elected in next year’s election, he would push for a diligent probe and prosecution of those who have governed the state and plundered its resources.

Sowunmi who was spokesperson for the PDP Presidential candidate in 2019 election, spoke at his Abeokuta residence, Ogun State, during Iftar (breaking of Ramadan fast) with journalists in the state.

The governorship aspirant declared that he would ensure that looters of the state’s resources are jailed, saying he should also be jailed if found to have also stolen from the state.

He said “I’m chasing immortality by the policies and programmes that we will run here. And if one day you find me a thief, jail me, because I will jail those who have stolen before me. Let nobody be deceived, I’m not asking to lead Ogun so that we can pamper ourselves. No.

“Government business is a sacred trust which you hold on behalf of all the collectives.

“This is Ogun. The vast majority of people living here are bona-fide citizens of this place whose parents are the owners of this land. You can not be in charge of our land, assets, taxes and goodwill, and all you will do is to steal and they will not probe you? You must be joking.”

He also declared that the gubernatorial election in the state can never be for the highest bidder, rather there should be issue-based campaigns on how to fix the state and inspire the younger generation.

“We are noble people. We just don’t think that you should be throwing your weight around. We are not people that are coming to you with money. We are people of parents who have given us pedigree who have shown us handwork, values and insisted on us that it can be done,” he said.