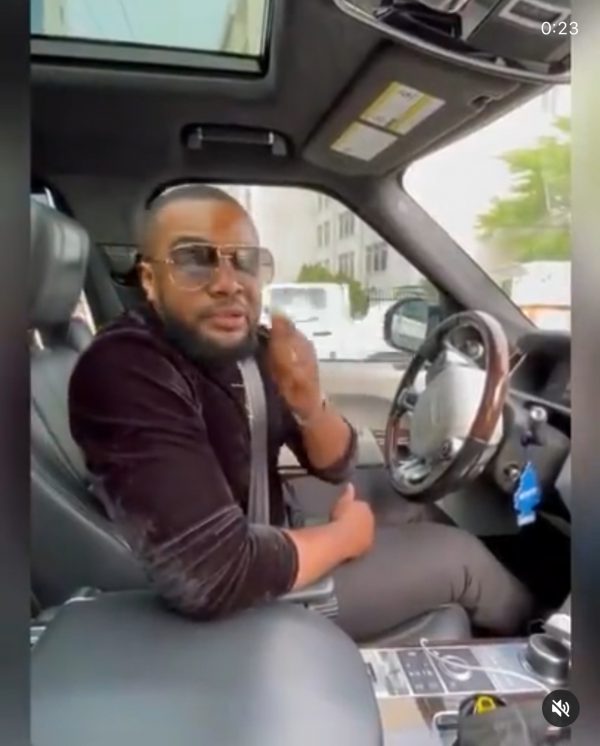 Williams Uchemba has been forced to attend an online driving school by the UK government.

The actor and filmmaker who has since relocated to the Queen’s land with his wife shared a clip of himself, bored out of his mind while attending class.

Williams revealed that he was mandated to attend driving school because he was caught on camera doing 36MPH on a 30MPH  road hence, it was determined that he didn’t know how to drive. He captioned the video:

“The other day I did 36MPH on a 30MPH road and speed camera caught it, now Uk Government said I don’t know how to drive that I have to go back to online driving school. I’ve been sitting here since morning.”