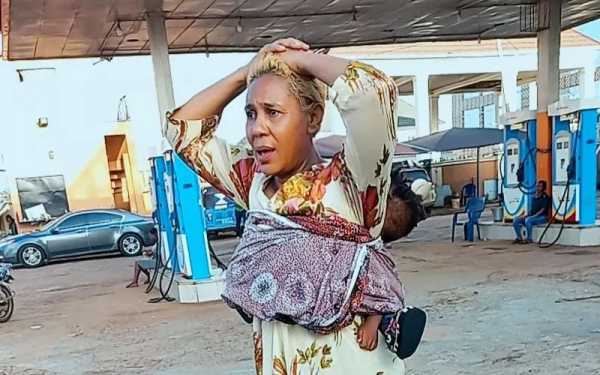 Veteran thespian Shan George recounted how financial issues almost prompted her to take her own life.

The Nollywood actress, who spoke in a recent interview with Chude Jideonwo, said she went broke to the point of selling her valuables when her mother fell ill in 2011.

Shan George added that the situation was bad, to the point that she wanted to commit suicide, but her mother didn’t discourage her. Instead, her mother asked if she could die with her.

She said; “My mum fell ill in 2011. It became so bad. it wasn’t letting me sleep. As if that wasn’t bad enough, my rent had expired. I had to sell some of my cars and jewelry. I was selling some of my valuables to raise money for her hospital bills. I went back to Calabar.”

“They were asking what I was going to be doing. That night, I cried till morning. I thought that was the end for me.”

“When I was suicidal, I was so broke one day. One of my visitors brought this shaving powder. I wanted to put it in water and drink it. I told my mother I was going to kill myself as I was tired and frustrated”.

“My mum said, ‘okay, you’re not going alone. Bring it. We’re going together. It was at night and I was happy. I took it to her and was thinking that the two of us would just go quietly because this life is tiring. I won’t lie”.