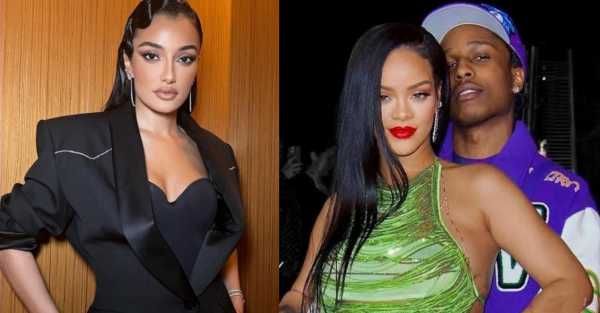 Fashion designer Amina Muaddi, has reacted to reports that she had an affair with ASAP Rocky.

On Thursday, April 14, reports had emerged on social media that Rihanna and her boyfriend, ASAP split because he cheated with Amina.

According to an American blogger, the couple had parted ways over the infidelity allegations.

The shoe designer who is behind the Fenty 2020 collection, took to her social media platforms today, Friday, April 15, 2022, to issue an official statement denying any involvement with the rapper Rocky.

According to Muaddi, she initially assumed it was fake gossip but decided to clear the air about the reports.

“I’ve always believed that an unfounded lie spread on social media doesn’t deserve any response or clarification, especially one that is so vile. I initially assumed it was fake gossip with such malicious intent – would not be taken seriously,” she wrote.

“However in the last 24h, I have been reminded that we live in a society that is so quick to speak on topics regardless of factual basis and that nothing is off-limits. Not even what should be one of the most beautiful and celebrated times in one’s life.”

Mauddi said she had to address the rumours because of the implication they may have on all the lives concerned.

“Therefore I have to speak up as this is not only directed towards me but it is related to people I have a great amount of respect and affection for. While Rih is continuing to live her serene, best-dressed pregnancy and I go back to my business, I wish everyone a beautiful easter,” she concluded. 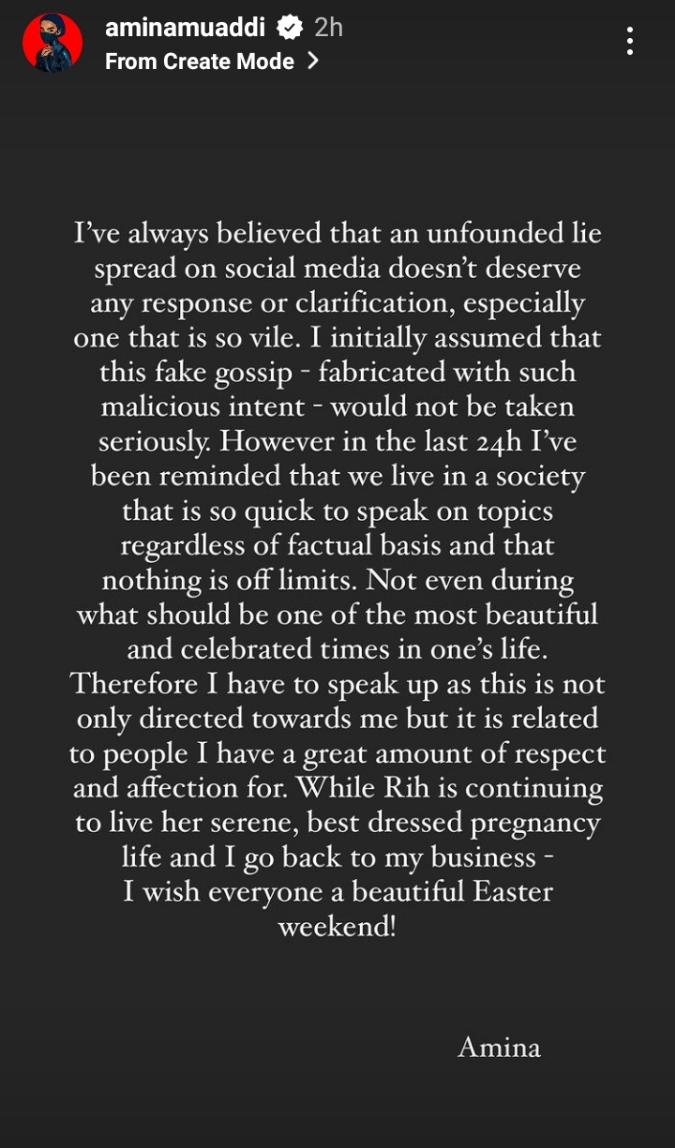